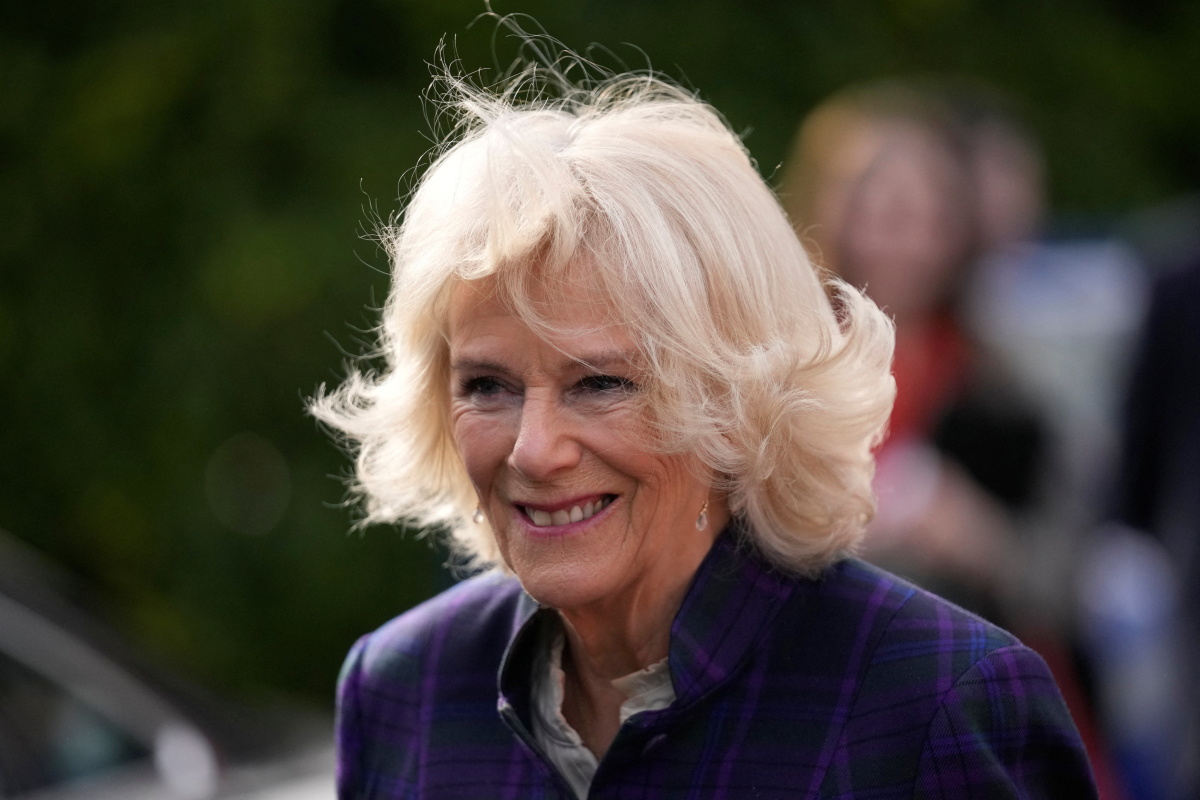 Queen Consort Camilla launched an all-out war to humiliate Kate Middleton, Princess of Wales, by attacking her young kids --- Prince George, Princess Charlotte and Prince Louis – because she was jealous of her daughter-in-law's youth and popularity, a new report claimed.Sources told National Enquirer, in its latest edition, that the wife of King Charles III wasted no time targeting her "enemies," and the newly minted Princess of Wales is firmly in Camilla's crosshairs. To recall, Prince William and Kate Middleton, Prince and Princess of Wales, brought two of their three kids during the royal family's final farewell to Queen Elizabeth on Sept. 8.Queen Consort Camilla allegedly "ruined everything" by barking at Prince George and Princess Charlotte during the solemn ceremony at Westminster Abbey when she sighted Prince William and Kate Middleton's kids squirming and bickering.An unnamed insider told the publication, "George apparently pinched his sister, making her go 'Ow!' Camilla exploded! She sharply snapped at Charlotte and turned on Kate, hissing, 'Your brats are a DISGRACE to the Crown! Bring them under control – or I will! Sensitive Charlotte burst into tears and put her head in her hands while her mother comforted her."The "furious" Princess of Wales reportedly kept her composure – but later confronted Camilla for lashing out at her kids. The anonymous courtier claimed, "Camilla didn't care. She'd made Charlotte and George – and therefore Kate – look bad. Mission accomplished!"Informants told National Enquirer that Queen Consort Camilla had long trash-talked Kate Middleton and criticized how she raises her children-- including Prince Louis, whose rambunctious behaviour was on display earlier this year when he thumbed his nose and stuck out his tongue at his mom during Queen Elizabeth's Platinum Jubilee celebrations in June.The mole dished, "Over the years, Camilla has been berating Kate for her parenting style –insisting William's wife is raising future King George like a commoner, not with proper royal values. She's also berated her over Louis' behaviour and George and Charlotte mixing it up. She's even told William and Charles that the children are out of control. William bristles at the idea -- but Charles seems to agree."Queen Consort Camilla has yet to comment on the reports saying that she slammed Kate Middleton's parenting and reduced Princess Charlotte to tears. So, devoted supporters of King Charles III's wife should take all these unverified claims with a pinch of salt until everything is proven true and correct.