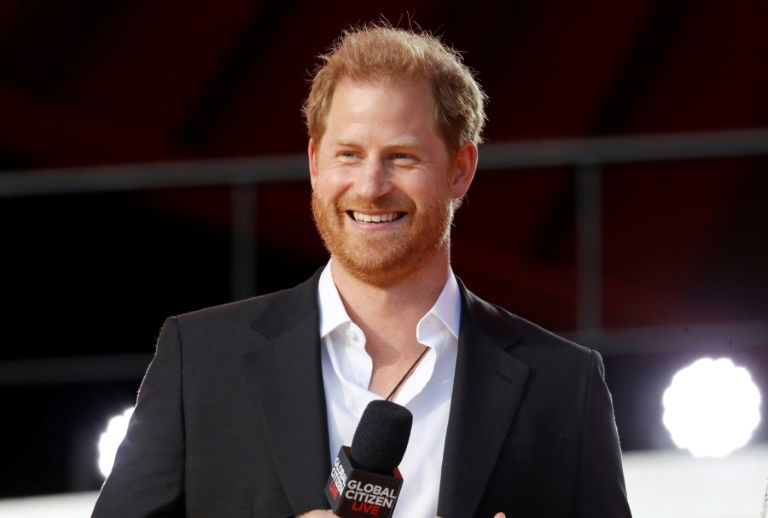 Prince Harry insulted King Charles III when he refused to sing "God Save the King" at the end of his grandmother Queen Elizabeth's funeral, a new report claimed.National Enquirer reported royal biographer Angela Levin released a video of Meghan Markle's husband with his lips tightly shut as the entire assembly sang the words hailing the new monarch. Royal fans ripped Prince Harry on social media for his alleged snub.One Twitter user, per the magazine, wrote, "Total, utter disrespect for his father, the nation, the crown and the monarchy." Another netizen said, "Strip him of all his royal titles and funding. How much will NETFLIX want him then?"Most, if not all, royal fans are aware that Prince Harry quit his royal duties in January 2020, moved to America with his wife, Meghan Markle, and trashed the royal family as "racist" during a sit-down with Oprah Winfrey in 2021. Shortly after landing in Hollywood, the Sussex pair inked a $100 million deal with Netflix and Spotify.However, showbiz insiders claimed that Netflix's stock has fallen since then as Prince Harry and Meghan Markle become increasingly unpopular. The cutbacks at the American streaming giant have even touched the Sussex couple, as their animated series titled "Pearl" was scrapped before its debut at the conglomerate.Meanwhile, Us Weekly previously reported that Prince Harry and Meghan Markle are open to the possibility of working for the royal family again despite tensions with Prince William and Kate Middleton. The publication added the royal clan commended the Sussex couple for attending the funeral of Queen Elizabeth despite their rough situation.An anonymous informant said, "Meghan and Harry can promote The Firm by going on royal tours to countries [King Charles III] and William aren't interested in seeing. And selfishly, Charles thinks it might shut Harry and Meghan up."Of Prince William, Prince Harry, Kate Middleton and Meghan Markle, the tattler also shared, "They haven't spent any time alone as a foursome. For now, the royals are trying to move forward. Charles has offered Harry a chance to come back if he chooses to. But, Harry will have to regain his father's trust first and that will be a lengthy and gradual process for sure."Prince Harry has yet to comment on the reports saying that he insulted King Charles III by refusing to sing "God Save the King" during the funeral of the late Queen Elizabeth on Sept. 19. So, avid followers of Meghan Markle's better half should take all these claims with a pinch of salt until everything is proven accurate and correct.