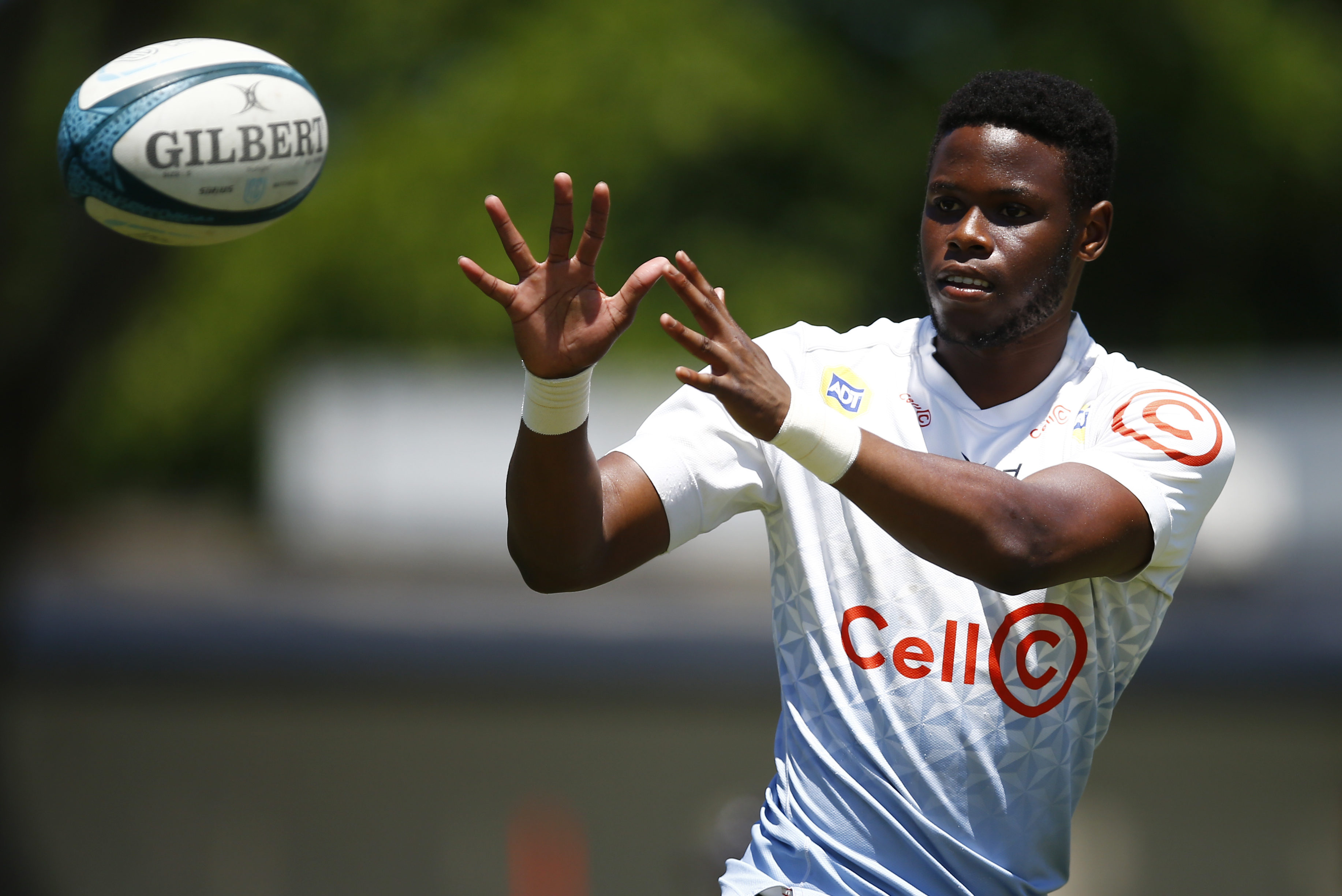 The Vodacom United Rugby Championship is the starting grid and Cell C Sharks hot rod Aphelele Fassi is ready to race for redemption. A wing crisis at the Springboks this season had rookies Canan Moodie and Kurt-Lee Arendse rolling down pit lane and on to the test track where they accounted themselves well and received much praise.  Fassi must have watched on enviously as it was the Dale College old boy who had the cameras flashing in 2021 with a rubber-burning start to his international career.  Fassi scored a try in each of his first two Tests, skidding across the line on debut against Georgia followed one month later by a try against Argentina in Port Elizabeth. While Bok coach Jacques Nienaber was full of compliments, the speedster returned from the November tour without having played a Test. Fassi sank his teeth into the Sharks’ URC campaign, scoring three tries in 11 starts as the Durban outfit powered into the quarter-finals. Though the Vodacom Bulls won that playoff in Pretoria, Fassi again confirmed his place among South Africa’s premier gamebreakers, finishing in the top 10 for metres gained and the top 15 for clean breaks. It appeared as though he’d put a fragmented 2021 season in his rear-view mirror when Fassi was rewarded with a Bok recall for his third cap to face Wales in July. But his 67-minute showing in a disjointed team that suffered defeat in Bloemfontein again pulled up the handbrake on his Test career, and he was overlooked for the duration of the Rugby Championship. Read: Back three key to Stormers success  Selection is not a problem for Fassi at the Sharks where his electric acceleration and agility, combined with breathtaking speed and creative instincts, make him a serious attacking threat from fullback. He burst for 30 metres on four carries as the Sharks opened their 2022-23 campaign with a five-try victory over Zebre in Parma. Next up is a tricky trip to Newport to face the red-hot Dragons who roasted Munster at Rodney Parade in round two. Fassi will view the match as the next challenge on the road to overtaking the likes of Moodie and Arendse for a place in the Bok squad that contests next year’s Rugby World Cup in France. The Sharks have several Test players under the hood and Fassi will be excited by the return of his Bok teammates from Rugby Championship duty. Though the injury absence of outside centre Lukhanyo Am will be keenly felt, the list of high-octane reinforcements includes Siya Kolisi, Ox Nche, Bongi Mbonambi, Eben Etzebeth, Jaden Hendrikse and Makazole Mapimpi. The Sharks are not short on horsepower and Fassi will be gunning his motor at the opportunity to slipstream Etzebeth and put Mapimpi across the finish line in style. Watch: Sidestepping is child’s play in SA Photo by Steve Haag/Gallo Images The post Fast Fassi revving for the green light appeared first on SA Rugby magazine.