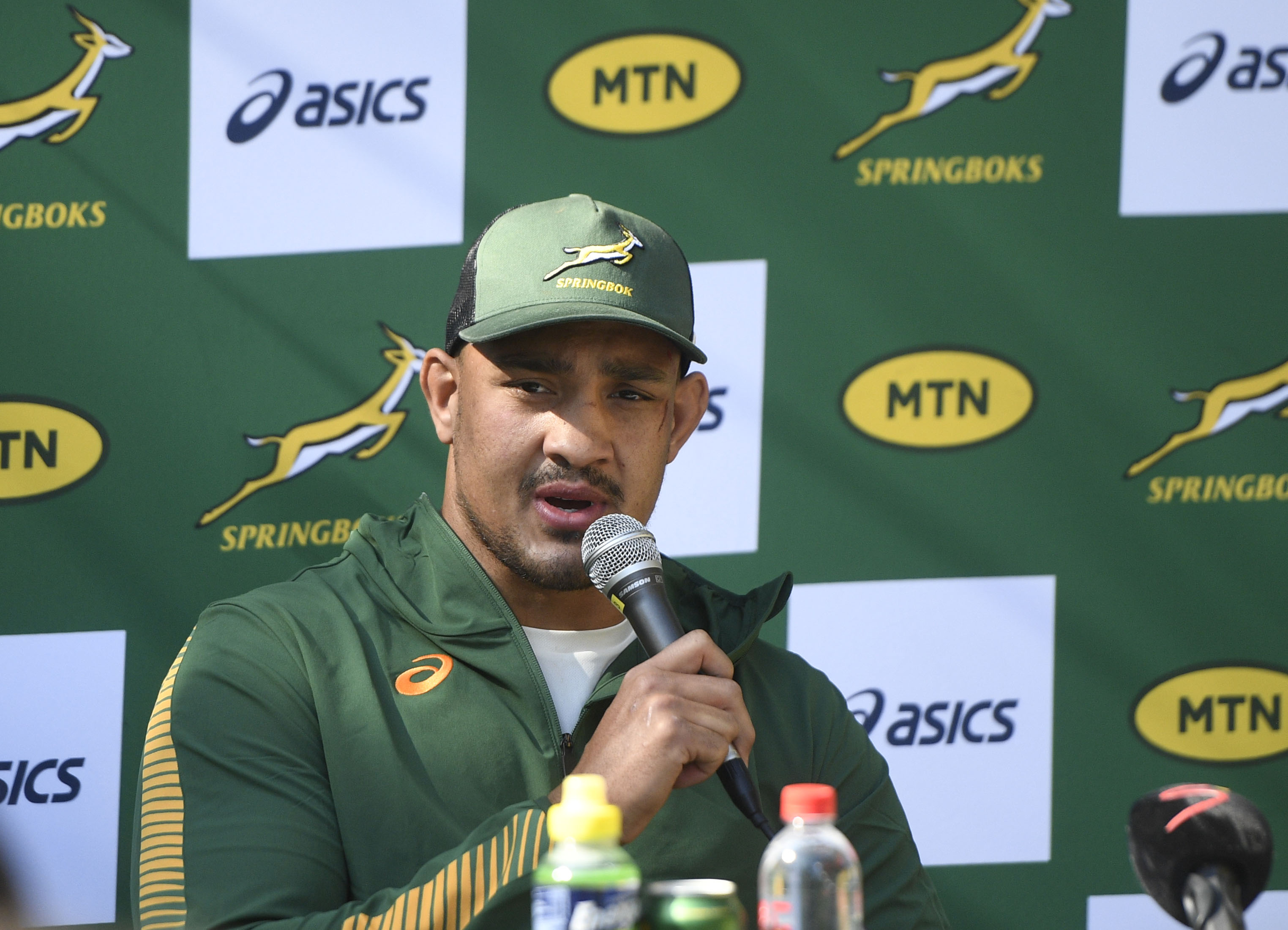 Salmaan Moerat had a lump in his throat when asked about adding to his family’s Springbok legacy in making his Test debut against Wales in Pretoria on Saturday. Moerat was named on the bench when Jacques Nienaber announced the Bok team to face Wales at Loftus Versfeld in the first of three Tests against Wales in July. NIENABER: Pollard omission ‘nothing sinister’ The Moerat family is steeped in South African rugby history, dating back to the 1940s when two cousins, Naeem and Abbas Moerat, were selected to represent the national side Salmaan will become the 12th member of his family to represent South Africa in Test rugby, 10 of whom have received their Springbok blazers post-unification, including his father Nazeem. “It is a very emotional moment for me and my family,” Moerat said at the team announcement press conference on Tuesday. “It is something that I have been working towards for a very long time. The opportunity is here right now and it is all about contributing to the team, knowing my role and not doing anything flashy.” It has been a roller-coaster journey for Moerat. Having graduated from Paarl Boys High, Moerat captained the Junior Springboks in 2018 in France, where the team finished third after a one-point semi-final loss to finalists England. Domestically, Moerat’s career has been hampered by a couple of injuries, the most serious of which was to his neck last April and kept him out for a long period of time. In January, he recovered from another injury setback, this time to his knee, and finished the domestic season as a key performer for the Stormers in their Vodacom United Rugby Championship title win. “I got the privilege of joining the [national] team last year – got to know their structures, got to know how they do things round here. So, it has been a good journey,” Moerat said. “I have had a couple of injuries along the way but I guess that is a part of the game. Hopefully, on Saturday, the boys can do well and we all can get an opportunity to get onto the field.” ALSO: Rampant URC star Roos misses out but his Bok chance will come Nienaber first worked with Moerat when the lock captained the South African Schools team a few years ago. “We have been operating together since 2015. He has been a leader with the Junior Boks and at the Stormers,” the Bok coach said. “He is a good human being, he is a hard worker, he is coachable and he brings nice physicality, which we like. Those are the things that stand out for me about Salmaan.” The 24-year-old will add to the Boks’ experienced lock stocks, alongside the likes of Eben Etzebeth, Lood de Jager and Franco Mostert. “They have helped me through this week and they will continue to help me. For me it is just to rub off on them, take advice from them and execute my job. It really is a plus to be playing with them,” Moerat said. “The great thing about being in this environment before you go into a Test match is, you know what your role is and you are expected to execute that, and also expected to do more than that.” MORE: Jantjies, Willemse start in new-look Bok lineup Photo: Sydney Mahlangu/BackpagePix The post Moerat to cherish ’emotional’ Bok debut appeared first on SA Rugby magazine.