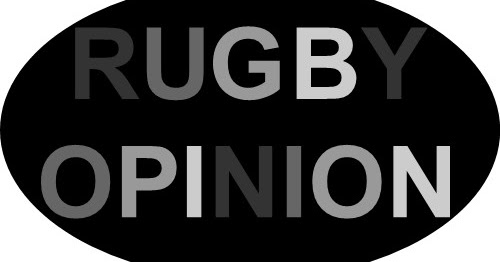 A selection of the “keyboard warrior” reactions after the full-time whistle of our featured matches of the weekend.If you’d like to contribute stay tuned to our Facebook page for our “Feel free to leave your thoughts…” posts which show up around full time after Leinster & Ireland matches. Paul Smith Job done in the first 40 minutes . As dominant a display as I've seen from Leinster in a long time. Totally tamed the tigers and showed why the bookies have us as favourites for the tittle. All 23 were excellent today but how good was JGP, he gets better and better every week and was absolutely outstanding today. Quick turnaround to next weekend but the Aviva is going to be rocking. Delighted Leinster fan this evening. 😁Leinster remain the benchmark— Paul Williams (@thepaulwilliams) May 7, 2022 Greg Kelly About as good generally as you can hope for from a team whos supposed ringrust was much vaunted. Never looked overly under pressure and Leinsters big game experience showed in the second half.Scrums were a mess for both teams and the referee.Big game to come against Toulouse.Nadolo coming on and possibly making negative metres was very Premiership.Also Leicester's last try came from a lineout maul that stopped 4/5 times.Best side won. Saved our worst performance for biggest game. Potter dropped more balls in 1 match than in previous 20 months 🤔— Charles (@CBSRich) May 7, 2022 Conor Cronin That's a good result that could well have been a lot better. Leicester woke up and tried hard in the second half because they knew an embarrassment was on the cards. I don't think we ever really got to our best today, I'd like to see us do that next weekThat'll do. The second half was utter gank, but it doesn't matter - we were comfortable defending what they do well and they weren't able to do what might have made us uncomfortable #LEIvLEI #LEICvLEIN— David Cahill (@docathail) May 7, 2022 Gavin Hegarty So they say the premiership is epic and so competitive. Maybe it is but only within itself.Leicester were outclassed today and flattered by the scoreline.To me Toulouse didn't look like a team we should be worried about but they're not the most successful team for nothing.I think we need to have a vdf appreciation post everytime he plays, the dude just keeps on getting better.Why I love rugby... @LeicesterTigers @leinsterrugby #LEIvLEI #tigersfamily #rugby @ChampionsCup pic.twitter.com/qfI1LfGXtK— Pete Gallagher 🐙 - Azure #MVPBuzz (@pete_codes) May 7, 2022 Neil Keegan Leicester skill level was awfulNew faces getting a lot of game time, a lot left in the tank and finished the game by putting nadolo on his hoop and pressuring the Leicester lineA good day at the officeWhen you come at the kings, best not missHANG THIS PICTURE IN THE LOUVRE #LEIvLEI https://t.co/HgOFaDtl8p— Doireann (@DoireannMcG) May 7, 2022 Derek Tormey Scrum and maul a worry, especially with big French packs to come. Hopefully the blitz attack will run the legs out of them but the old frailties still appear to be there.Congratulations @leinsterrugby, worthy winners today. Your fans are an absolute credit to the club. Good luck in the semi and inevitable final! #LEIvLEI— Dunc (@Dunc_O3) May 7, 2022 Andrew Potts Pretty bizarre display of Reffing 2nd half.Leicester got a free pass basically...even looked the laws regarding the Mark and still cannot find the part about a fair charge.Rob Watson (reply to Andrew Potts) he was 100% correct.Great win for Leinster away from disappointing second half Tigers were a disaster error strew allover the park they will be a force to reckon with next season the Blue Army march on #EPRC #LEIvLEI— Bright Sprk (@brightsspark) May 7, 2022 Noel Hewson First half was brilliant 9/10. Dug in for the 2nd and probably made it harder than it should have been. Job done bring on ToulousePretty poor from the Tigers fans booing Jonny Sexton off.#LEIvLEI— Emma Flowers Music: No War you idiots ☘️ (@RebelEmG) May 7, 2022 Gavin Delves Job done second half reffing was very bad but that's the French ref for uCongratulations @leinsterrugby, worthy winners today. Your fans are an absolute credit to the club. Good luck in the semi and inevitable final! #LEIvLEI— Dunc (@Dunc_O3) May 7, 2022 Rolling Maul (Leicester Tigers Podcast) Congrats mate. Your boys were top notch. If you wanted a word from us for your pod, I’d simply say I thought you taught us a lesson in mindset and execution in pressure games. It was like we’d convinced ourselves the only way to beat you was to intimidate with huge aggression, but we completely lost our structure and accuracy in the process. Like an expert heavyweight against a big swinger (think Fury v Wilder II), your boys calmly swayed out the way, did their thing and then unloaded your own punches with brutal precision. When we calmed down we did actually match your boys for good periods but we lacked the accuracy and calm mindset you showed throughout, combined with big defensive plays at big times. A hard but good lesson for our boys, and one that I think showed your championship quality - rightly favourites, I’ll be supporting you lads the rest of the way. 👍We didn't score in the 3rd quarter but somehow that spell impressed me the most from Leinster. Tigers threw the kitchen sink at us and we did well to keep them to 7 points. JGP worthy PotM bit a well focused team display all round esp defensively. On to next week.#LEIVLEI— Harpin' On Rugby (@HarpinOnRugby) May 7, 2022 Many thanks to all who offered opinions. Look out Monday for our match writeup JLP

5 Players With Something Extra To Prove In New Zealand

Pivac: I can’t wait to take on Boks