Stormers to bank on Junior Boks in Stellies 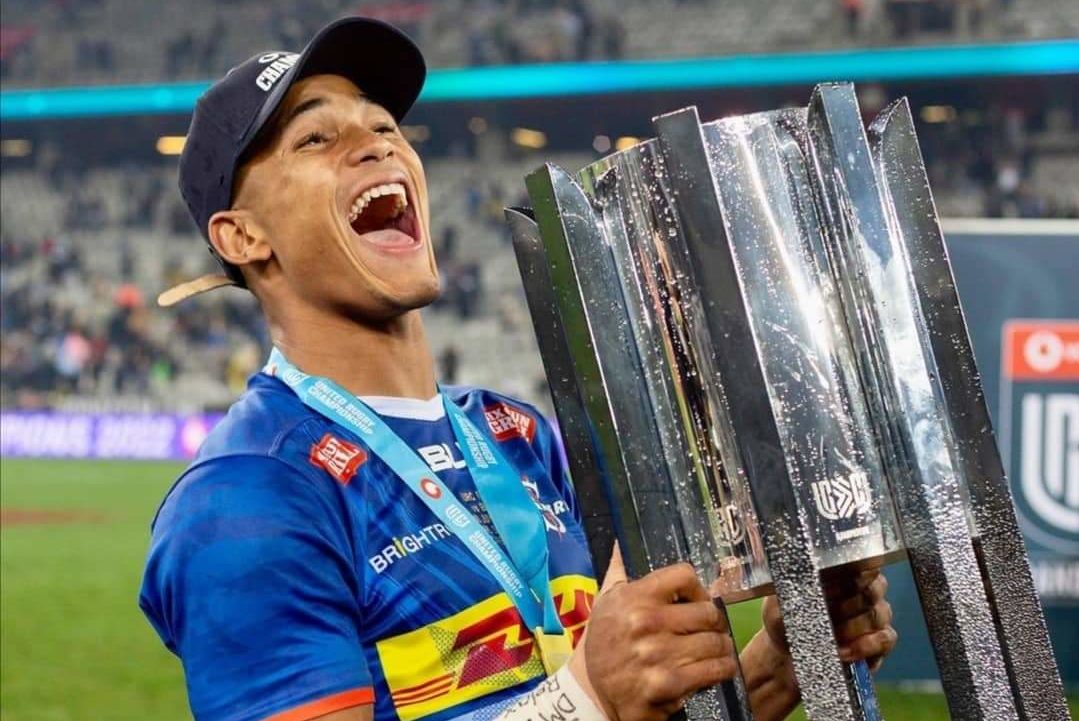 The Stormers will unleash their talented group of Junior Springboks as the Vodacom United Rugby Championship champions begin their title defence on Saturday against Connacht. DYLAN JACK reports. GET YOUR STORMERS TICKETS HERE! The Stormers received an unexpected boost on Monday when it was confirmed that Springbok forwards Joseph Dweba and Salmaan Moerat will be returning to Cape Town after being released from the international squad. Damian Willemse is also back with the Stormers, but will be completing return-to-play protocols after suffering a concussion against Argentina in Buenos Aires. Speaking to the media on Monday, assistant coach Dawie Snyman said it’s unlikely the returning Boks will be shoved straight into action when the Stormers start their URC campaign against Irish side Connacht in Stellenbosch. “Initally, we didn’t expect them to return this soon. In terms of integration, they will come in tomorrow and we will see where they are,” said Snyman “We have been working hard with our squad to prepare them for this game. We will see if we will use the released Springboks this week. Otherwise, they are keen to start playing for us as soon as possible, so that will happen in the next few weeks.” The Stormers will be without experienced outside centre Ruhan Nel due to injury, but his absence will open the door for some of the team’s younger players to get involved. The likes of Junior Springbok captain Sacha Mngomezulu, scrumhalf Imad Khan, centre Suleiman Hartzenberg and lock Connor Evans could all get an opportunity this weekend. Angelo Davids has also rejoined the Stormers after completing his responsibilities with the Springbok Sevens team. “That gives us the opportunity to look at a few youngsters. There are a few exciting young players who are with us. They had a great off-season and pre-season, so I think it’s time for them to measure themselves. We have a lot of confidence in them. “There a few guys who have been putting up their hands and are raring to go.” Snyman added that the youngsters have brought a refreshed energy to the Stormers’ training sessions. “It’s brilliant. Some of the older guys like Ali Vermaak take a while to get into a session, whereas these youngsters are immediately at full pace,” Snyman said with a chuckle. “The enthusiasm they bring, the will to learn, but they’ve also got good heads on their shoulders and know the game. “It’s been great seeing the interaction with the older guys bringing the younger players in, making them feel comfortable and making sure they know the standards and how we want to play. The vibe has been brilliant.” Get to Stellenbosch on Saturday when the @Vodacom #URC champion DHL @THESTORMERS launch their title defence against Connacht! Get your tickets https://t.co/84khbep6BM pic.twitter.com/8oe8uRbTD3 — SA Rugby magazine (@SARugbymag) September 19, 2022 Photo: Twitter: @Bishops_Rugby The post Stormers to bank on Junior Boks in Stellies appeared first on SA Rugby magazine.