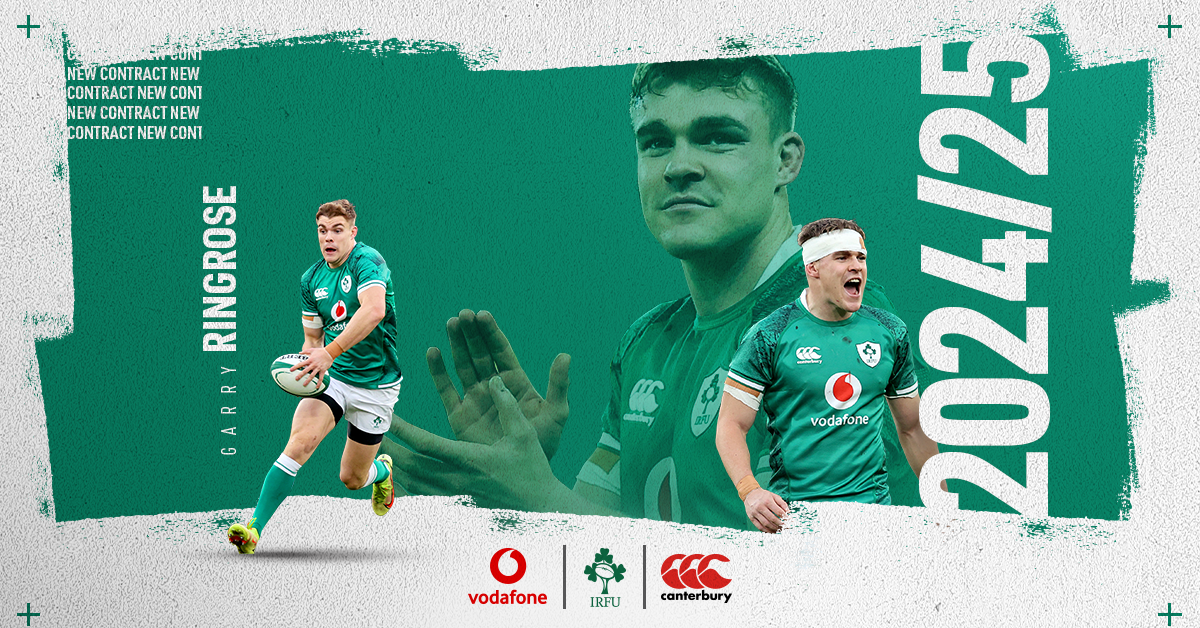 Ireland centre Garry Ringrose has signed a three year IRFU contract which will see him continue to play with Leinster until the end of the 2024/25 season. Garry started all three of Ireland’s Autumn Nations Series fixtures having missed the summer Tests through injury.  Garry made his Ireland debut against Canada in the 2016 Guinness […] The post Garry Ringrose Signs New Three Year IRFU Contract appeared first on Irish Rugby.

Lancaster: Ireland can benefit from stability in Six Nations

Lancaster: 'A real strength' that Ireland have compared to England

'I blew the lungs out on that, it was a shock to the system'