Ospreys and Scarlets in dramatic draw 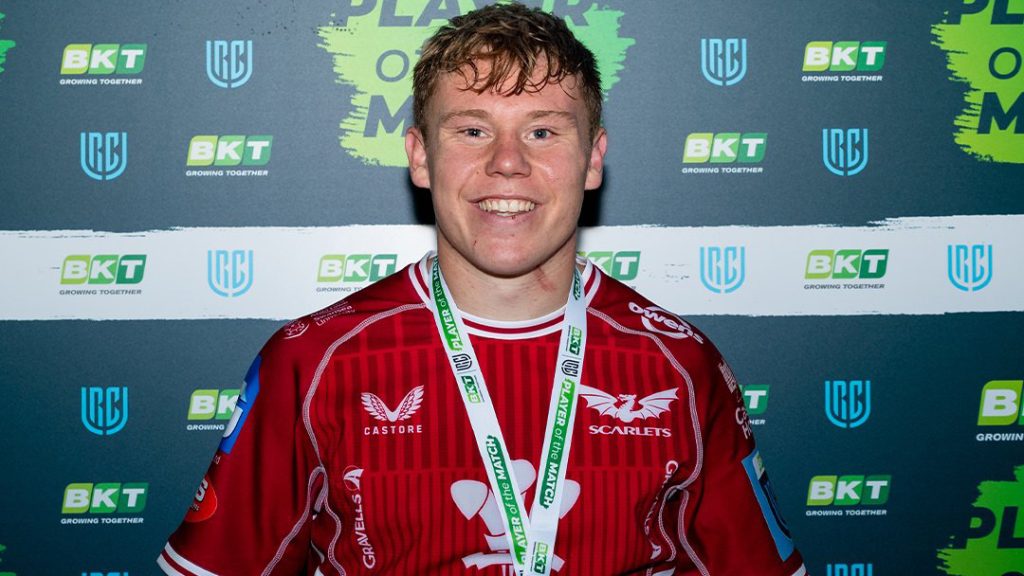 MATCH REPORT: Jack Walsh held his nerve to convert a last-minute try from Rhys Davies and earn the Ospreys a 23-all draw in a pulsating United Rugby Championship derby against the Scarlets in Llanelli.

The Ospreys looked set for victory when they led 13-6 before the Scarlets took the box seat to go 23-16 in front.

However, a last-minute yellow card for Sione Kalamafoni let the Ospreys off the hook, with debutant Walsh kicking the crucial conversion having stepped off the bench.

Sam Costelow scored 18 points for the Scarlets with a try, three penalties and two conversions, while Johnny Williams was also on the try-scoring sheet.

Gareth Anscombe scored 16 points for the Ospreys, contributing a try, a conversion and three penalties.

The Scarlets lost a couple of early line-outs to give away field position and their opponents made it count when Keelan Giles raced down the left flank to provide Anscombe with an easy run-in.

The fly-half converted and added a penalty before the Scarlets missed a chance for their first score when Costelow fired wide with a 40-metre penalty attempt. Minutes later he was presented with an easier opportunity and this time made no mistake.

That score was soon nullified by a simple penalty from Anscombe, with the Scarlets then suffering two further blows in quick succession.

First, flanker Tomas Lezana left the field with a leg injury to be replaced by Josh Macleod before Costelow was yellow-carded for a tip-tackle on Ospreys captain Justin Tipuric.

In Costelow’s absence, the pressure on the hosts’ line was relentless as they conceded numerous penalties.

However, referee Adam Jones was lenient with the issue of further cards and the Scarlets were able to breathe a huge sigh of relief when Costelow returned with no damage to the scoreboard.

In the last minute of the first half, Johnny McNicholl was felled by a challenge by Tipuric. The home crowd roared for a card, but the referee was content with a penalty which Costelow kicked to leave his side trailing 13-6 at the interval.

McNicholl failed to return after the interval, with further penalties from Costelow and Anscombe early additions to the scoreboard.

Giles was sin-binned for a deliberate knock on and the Scarlets capitalised by drawing level when Williams ran strongly to beat off weak tackles from Nicky Smith and Scott Baldwin and score a splendid individual try.

Giles returned in time to see the Scarlets take the lead for the first time when Costelow tore through a gap in a tiring Ospreys defence to score.

The game looked up for the Ospreys until Kalamafoni was yellow-carded for a deliberate knock on, and the visitors took advantage with a try from Davies from a driving line-out and Walsh’s conversion.

Despite missing his first kick at goal, Costelow grew in confidence to produce an accomplished display.

A splendid solo try looked to have secured victory for his side until the Ospreys' late recovery.

The Scarlets struggled for potency and cohesion and needed a flash of light to galvanise them.

It came from Williams, who from nothing burst past two defenders for an excellent try which was the catalyst for the hosts to reverse their fortunes.

ANALYSIS: The tactic that backfired on England