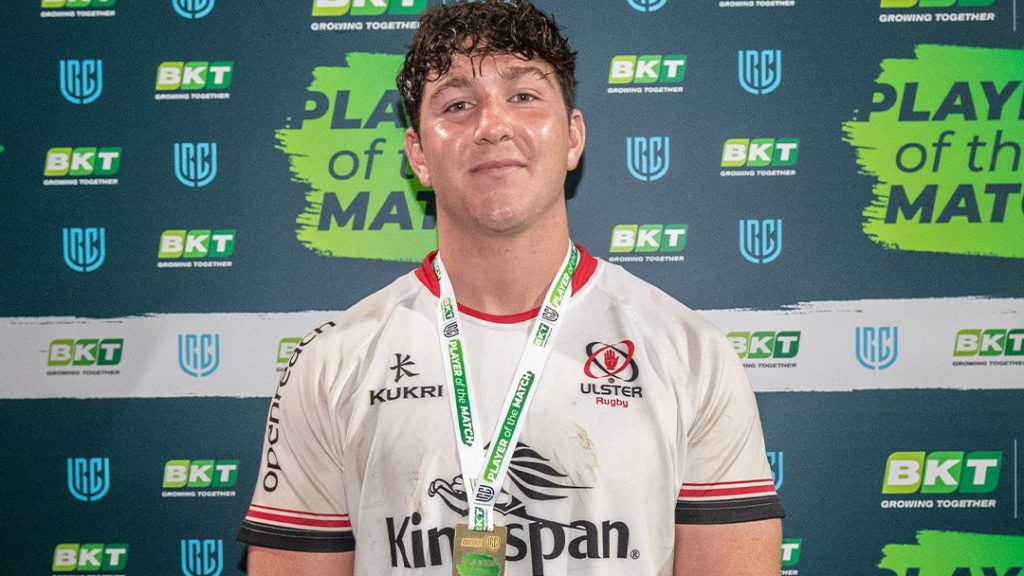 Dan McFarland’s side scored five tries, with man-of-the-match Tom Stewart claiming their second on his senior debut in a game Ulster controlled throughout after building a 14-3 half-time lead.

Veteran Luke Marshall opened the scoring and after Stewart’s effort, Nathan Doak got over in the second half as did Stewart Moore and Callum Reid.

Doak kicked four conversions and a penalty for a personal haul of 16 points.

Connacht managed a solitary try from Caolin Blade in the second half, with their only other points coming from a Conor Fitzgerald penalty and David Hawkshaw conversion.

The stalemate was broken in the 27th minute when Ulster, having put a penalty into the corner, moved the ball wide from their initial maul.

With a penalty coming their way, Stuart McCloskey reached over and around Fitzgerald to feed Marshall who easily ran in from close range. Doak converted.

With four minutes of the opening half remaining, Stewart broke off a line-out maul and ran in to score.

Doak again converted and Ulster led 14-0 before the half ended with Fitzgerald getting the visitors’ first points with a penalty from the final play.

Three minutes into the second half, Doak kicked a penalty to stretch Ulster’s lead.

Doak then scored Ulster’s third try in the 50th minute after Stewart had been held just short, the scrum-half diving over from close range. He also converted his own score to make it 24-3.

With Connacht number eight Paul Boyle yellow carded, Ulster went after their bonus point and got it when Moore raced over in the corner though Doak was unable to convert from a tight angle.

Connacht managed a rare break out with 10 minutes to go and Blade got on the end of a pass to score near the posts. Hawkshaw added the two points.

Substitute prop Reid claimed Ulster’s fifth score of the evening when he got on the end of a maul and drove in from close range, with Doak converting.

Hooker Tom Stewart was given his first start and made the most of it. He scored Ulster’s second try of the night after bursting clear off a maul and came close to another later on. Was constantly involved in the game with some strong carrying before leaving with a knock.

Ulster’s first try was created out of nothing by Stuart McCloskey when his reach over Conor Fitzgerald released Luke Marshall who was steaming up on his fellow centre’s outside. Marshall raced on to score the opening try which helped break the deadlock after nearly half an hour.