Ben Muncaster is flushed with excitement by Scotland call-up 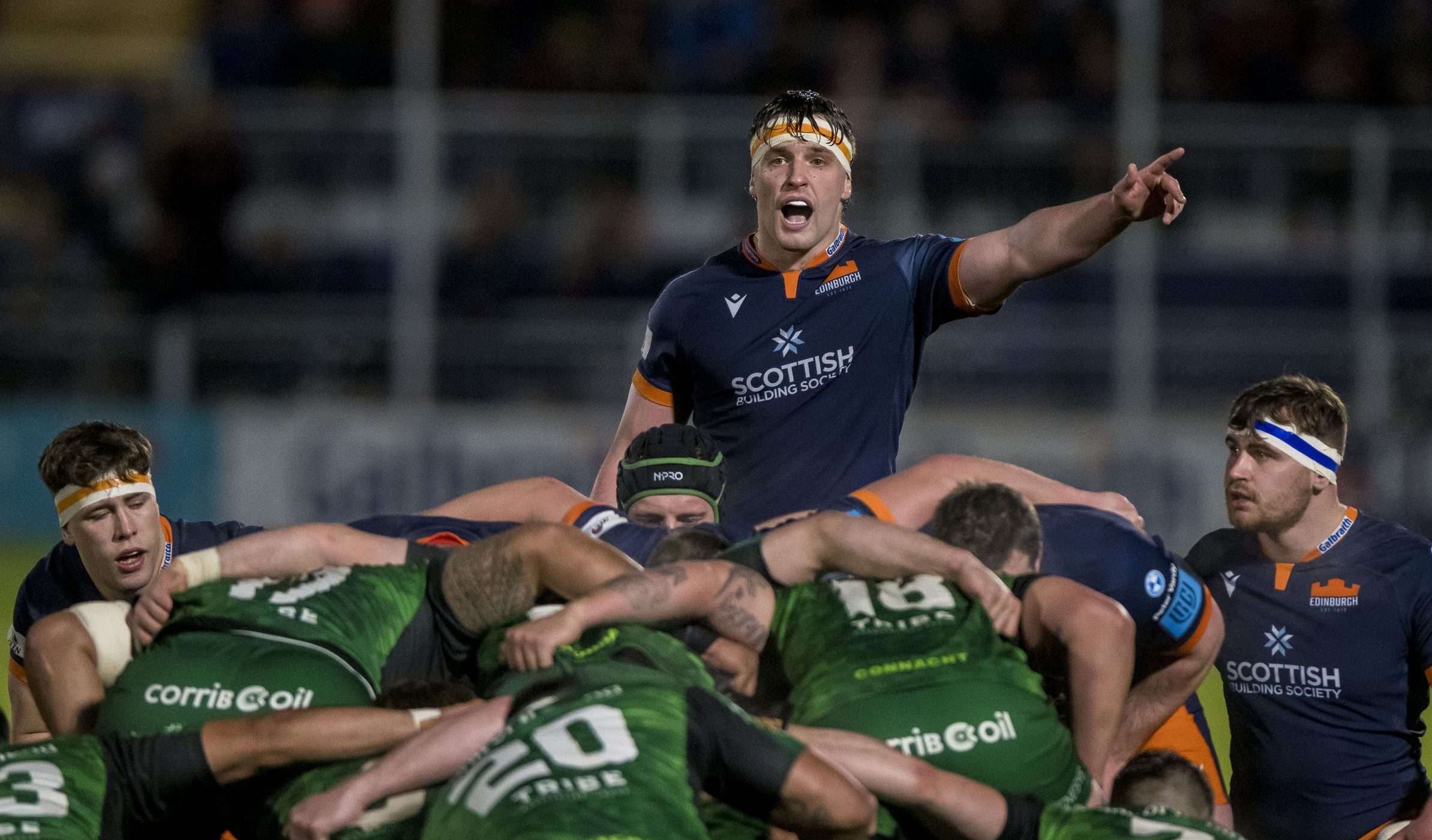 THERE are some situations in everyday life where you simply do not want to be disturbed, and being in a sedentary position in a public lavatory is definitely one. But when Ben Muncaster’s phone rang when he was thus occupied earlier this week, he was glad he opted to take the call – it was Gregor Townsend telling him he was in the Scotland squad for the summer tour. This was in South Africa, as the 20-year-old was about to head home with the rest of the Edinburgh squad after their URC quarter-final defeat by the Stormers. And, speaking on Wednesday after the 40-strong squad was announced, Muncaster revealed he had not even realised it was the Scotland coach who was calling him. “I was in Cape Town airport, just about to get on the flight,” he explained. “I was on the toilet. It was a random number and I thought it was just one of the players whose number I hadn’t saved.  “It was a bit of a shock. It was awesome, an amazing feeling. The first thing I did was call my mum. I was over the moon.” Muncaster was flushed with excitement again on Tuesday night, when he was named young player of the season at Edinburgh’s annual awards dinner. It was fitting recognition for the back-row forward at the end of a campaign that saw him establish a regular place in Mike Blair’s team despite formidable competition from the likes of Bill Mata, Hamish Watson, Magnus Bradbury, Luke Crosbie and Jamie Ritchie.  Bradbury is leaving for Bristol Bears, of course, but, with Sam Skinner joining from Exeter, the fight for a back-row jersey will be no less intense next season, and Muncaster believes his versatility could be a big factor in his favour. “I can see myself at six, seven or eight – I want to be able to play every one,” he added. “I think that will be very valuable going forward, especially with the massively competitive back row. With the likes of Bill [Mata] his X factor is irreplaceable. If you are able to play any of the back-row positions it is easier to get in.” Watson, Bradbury, Crosbie and Skinner are all in the Scotland squad for the ‘A’ game against Chile and the three full internationals against Argentina, as are Glasgow’s Matt Fagerson and Rory Darge and Saracens back-row Andy Christie.  So Muncaster will have a very similar fight on his hands over the coming weeks – starting in a few days’ time when the squad come together for the first time.  “Obviously, it was an amazing milestone for me in my life to get selected,” he continued. “Now my mind has shifted.  “I want to play. I want to put my hand up for selection. That’s what I’ve been thinking about.  “Next week in camp, that’s what I’m going to try to do – impress and get as much information as I can from the other players. They are world-class and so are the coaches. I just want to make the most of it.” Muncaster might not have made anything of his evident talent as a rugby player had he followed the path that saw him win a cricket scholarship to go to Rugby School. “I love cricket – I probably preferred it at one point,” he admitted. But then he joined the Leicester Tigers academy as a 14-year-old, and from there he was eventually recruited by Edinburgh. His other sporting love is golf, and he revealed earlier this year that he is related to Sam Torrance, who won four Ryder Cups as a player and another as captain of the European team. Torrance may be only a “pretty distant” relation to the Muncasters, but they keep in touch, and have even done their best to convert him to rugby.  “He’s not my uncle but he wants me to call him that. It’s something like first or second cousin; it’s pretty distant. We are very close to him and he is an awesome guy. “We took him to his first-ever Scotland game and during the anthem he had tears in his eyes. It was Scotland against England, Calcutta Cup, and we won. It was when John Barclay was the captain [2018]. It was an amazing day.” Given his prowess at rugby and cricket, not to mention that Torrance connection, you might reasonably expect Muncaster to excel at golf too. However, he insisted that, despite his affection for the sport, he is not particularly good at it.  “I love it. I played in South Africa – amazing. We had such a good view of Table Mountain.  “For Christmas Sam gave me his trusty 1-iron. I cannot hit it whatsoever. “I’m a member at North Berwick. West course. It’s beautiful – nine holes into the wind and nine holes downwind. I play off 11, still pretty terrible.” The post Ben Muncaster is flushed with excitement by Scotland call-up appeared first on The Offside Line.

Franco Smith keen to ditch away day blues with Warriors