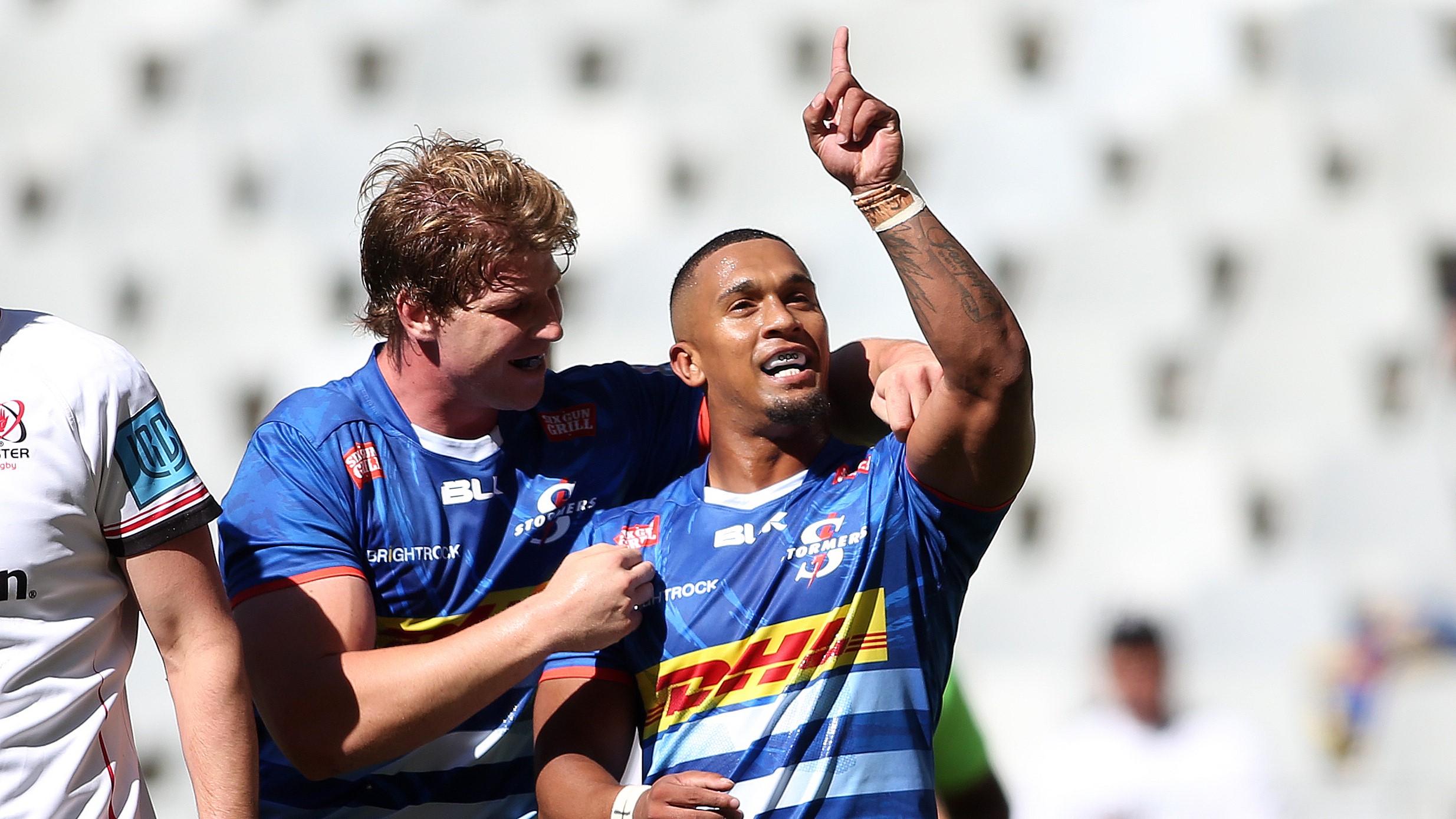 Assistant coach Rito Hlungwani confirmed that last season’s top-try scorer Leolin Zas has made a timely return to training for the DHL Stormers as the defending champions await further news on Seabelo Senatla’s injury. DYLAN JACK reports. The news that Senatla could be set for a lengthy spell on the sidelines was offset by the confirmation that Zas was back in training on Monday as the Stormers prepare for Saturday’s clash with Edinburgh in Cape Town. Zas scored 11 tries over the course of the regular season to end the inaugural campaign at the top of the charts and pick up the Top Try-Scorer award. However, he was ruled out of the grand final against the Vodacom Bulls after suffering an ankle injury which required surgery in the semi-final against Ulster. “Zas was training with us today and we will see how he goes,” said Hlungwani during a press conference on Monday. “Losing a player with Senatla’s experience is always a big blow. We have worked really hard to make sure that we have good depth in the squad. There are quite a lot of soldiers that can step in and do the job for us. “We have a number of youngsters who have been roaming around. Chris Hollis is with us, Zas has been running around. Suleiman Hartzenberg can also play wing. So we have quite a few options that we are playing around with.” Senatla suffered was is believed to be a pectoral muscle injury when he was the victim of a brutal cleanout by Bundee Aki which earned the Irish international a red card, during the campaign-opening victory over Connacht in Stellenbosch. It appears that Senatla could be out for anywhere between four and six month, but the Stormers are only expecting full clarity on Tuesday after the winger went for scans. “The only concern for us for this weekend is around Seabelo. We sent him out for scans and are still waiting for feedback from the doctor,” said Hlungwani. The Stormers could also be further boosted as the returning Springboks started full training with the team on Monday, while Damian Willemse is still completing his return-to-play protocols on his concussion injury. Hlungwani said that a decision will be made around the Springboks on Tuesday. Photo: Shaun Roy/BackpagePix The post Zas returns as Stormers await Senatla feedback appeared first on SA Rugby magazine.