Leader Louw has found his place in the Pride 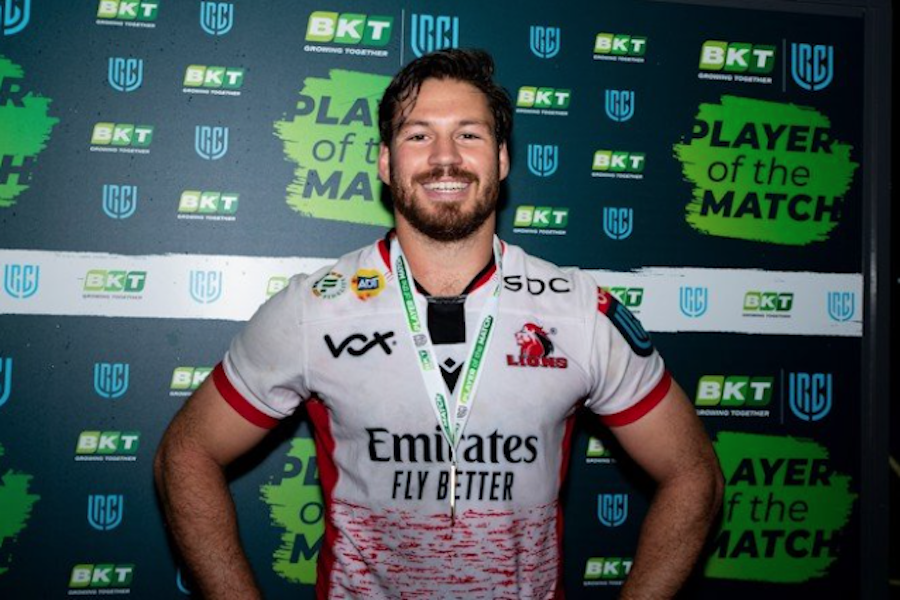 A gutsy decision to swap the seaspray of Durban for the inner-city of Doornfontein (Johannesburg) has seen Marius Louw pounce on an opportunity to star for the Emirates Lions in the Vodacom United Rugby Championship. Louw spent around eight years in Durban with the Cell C Sharks, having made the move from Bloemfontein after graduating from Grey College. It was in Durban where Louw made the career-changing switch from bustling openside flanker to that of burly inside centre for the Sharks U19 team and he has never looked back, progressing through the ranks and playing more than 50 first-class matches. While there was clearly a strong working relationship between the Sharks and Louw, the inside centre was eager for a new challenge and leapt at the opportunity to assume a more permanent starting role. ALSO: Super Sacha ready to take URC by storm The Lions were prowling for a new backline leader following the departure of Burger Odendaal to Premiership side Wasps and they viewed Louw as the ideal candidate to provide not only the experience, but also the on-field presence to replace their outgoing captain. “Joining the Lions, it was a tough pre-season and there were a lot of learnings,” said Louw in the build-up to what has been two inspiring wins in Wales against the Ospreys and Cardiff. “Fitting in has been very easy. I’ve learnt a lot just in these last few weeks. For me, I thought the opportunity at the Lions was really good. It’s a great franchise. It has not taken Louw long at all to find his place in the Pride. MORE: Dobbo’s Diary: Stormers looking to build depth on tour The 26-year-old scored 43 minutes into his official debut against the Vodacom Bulls at Emirates Airline Park in round one. While the Lions did not win the match, Louw made a positive impression with six powerful carries for one clean break. The abrasive side to Louw’s defensive ability came to the fore when the Lions held on for a morale-boosting 28-27 victory against Ospreys in Swansea. In the first three matches this season, he had forced six turnovers in 25 tackles and carried the ball 23 times. Louw has a vital leadership role to play this season in a backline filled with the youthful energy of Jordan Hendrikse, Gianni Lombard, Henco van Wyk, Morne van den Berg and Quan Horn. With captain Jaco Kriel missing the tour through injury, Louw’s ability to support stand-in skipper Reinhard Nothnagel will be critical as the exuberant Lions look to shed their tag of plucky underdogs and earn back the respect of one of the most feared teams in the southern hemisphere. Photo: Inpho Photography The post Leader Louw has found his place in the Pride appeared first on SA Rugby magazine.

State of the URC: All aboard the SA Express!

By the numbers: Lions vs Scarlets