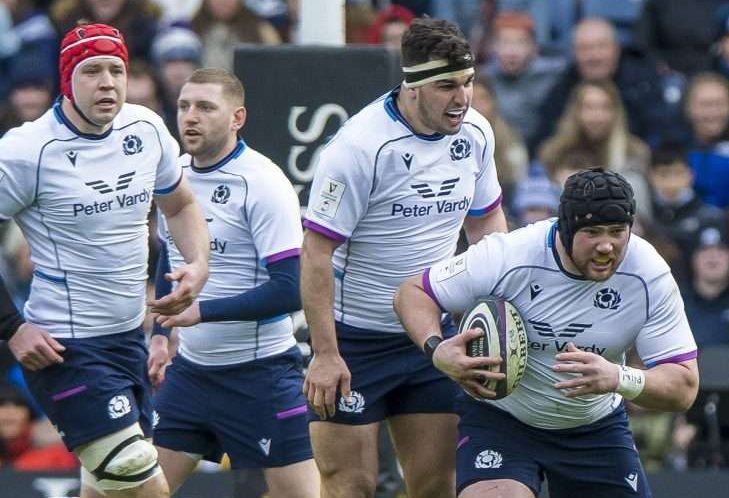 SCOTLAND MEN have dropped from seventh to eighth in World Rugby’s official world ranking, with Argentina – the team they lost to on Saturday – leap-frogging ahead of Gregor Townsend’s side. Scotland had reached fifth in the rankings, their highest position, when Townsend took over as head coach in June 2017, and although they dropped to sixth after losing to Fiji at the end of that summer tour, they did return to fifth after beating Australia and Samoa that November. They have bounced between sixth and ninth since the summer of 2018. Scotland will have a chance to push back ahead of Argentina when the two sides meet for the second instalment of their three Test series next Saturday night. Meanwhile, Australia climbed from fifth to sixth in the rankings after their victory over Eddie Jones’ side at the weekend, while New Zealand’s success over Ireland sees them shift up to third in the table, pushing France – who beat 10th ranked Japan – down to fourth. Men’s World Rugby rankings: 1 South Africa, 2 New Zealand, 3 France, 4 Ireland, 5 Australia, 6 England, 7 Argentina, 8 Scotland, 9 Wales, 10 Japan. Five takeaways from Saturday’s Summer Tour matches The post Scotland Men drop to eighth in world rankings appeared first on The Offside Line.