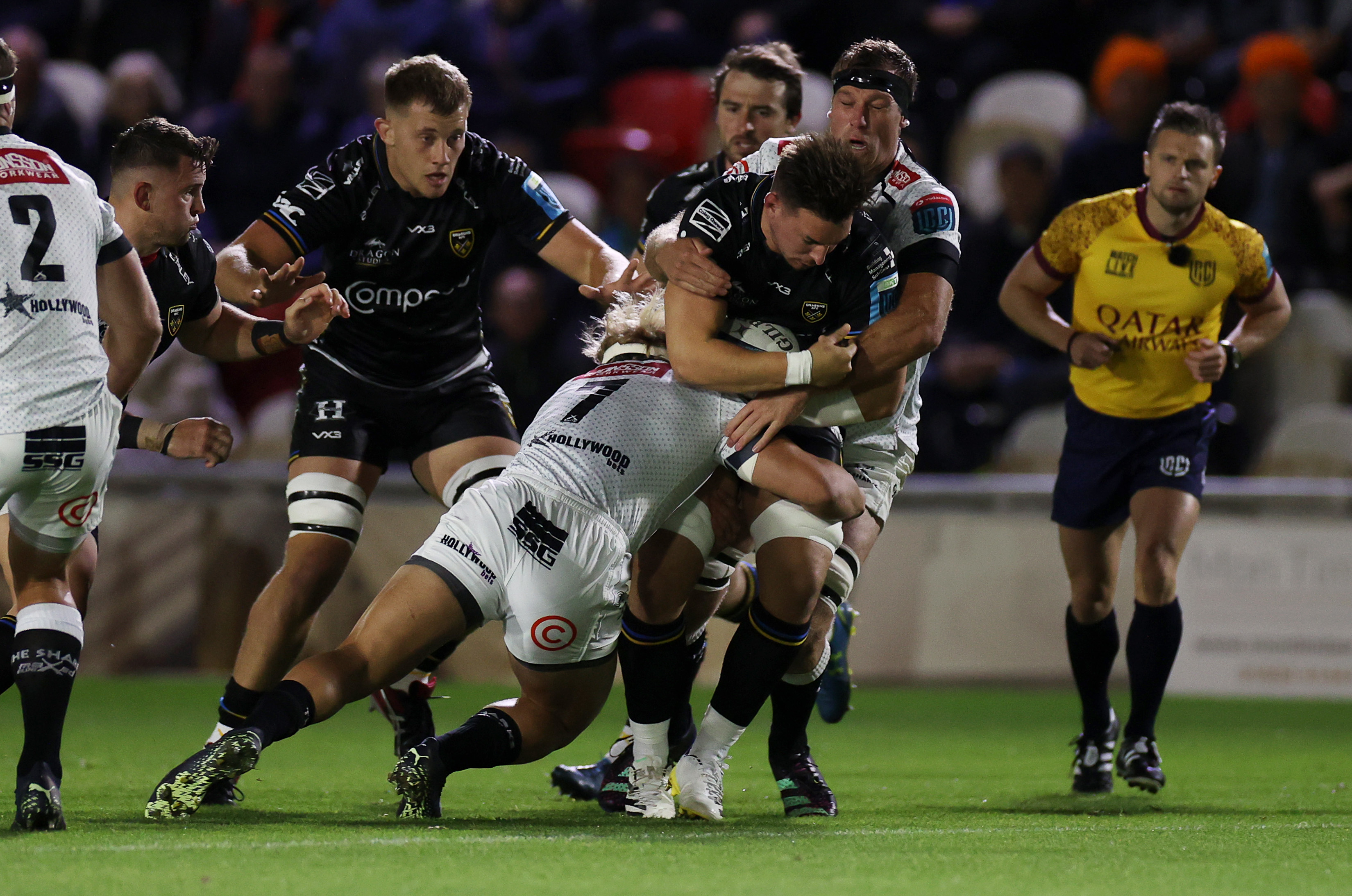 The Sharks made it two Vodacom United Rugby Championship wins in a row with a nervy comeback victory against Dragons in Newport on Saturday night. Trailing Dragons by six points at the break, the Durbanites paddled hard to catch a big wave to the final whistle, scoring two tries in the final quarter to tee up flyhalf Boeta Chamberlain for the match-winning conversion at Rodney Parade. Two penalties from Dragons flyhalf Will Reed, to one from Chamberlain, gave the home side a three–point advantage after 20 minutes. It was a real arm wrestle in the set-pieces and breakdowns, and few linebreaks, but unforced errors undid the hosts’ multi-faceted attacking game despite dominating possession for most of the half. The Welsh struggled to breach a rock-solid Sharks defence, and had to settle for two more Reed strikes – with another from Chamberlain – for a 12-6 lead at half time. Dragons struck first after the break when hooker Elliot Dee crashed over from the back of a brilliant driving mall. Reed added the extras. The hosts absorbed and repelled several strong attacks from the visitors inside their 22 to close out the third quarter in the ascendency. But, a converted intercept try against the run of play from Sharks scrumhalf Grant Williams saw six points separate the teams with less than 20 minutes on the clock, before left wing Thaakir Abrahams touched down after some stunning interplay, and Chamberlain banked the extras from out wide to make the final score 20-19. ICYMI: Hartzenberg double helps Stormers strike Edinburgh Photo: @dragonsrugby/Twitter ﻿﻿﻿﻿﻿﻿ The post Sharks surf second-half surge to victory appeared first on SA Rugby magazine.

These Sharks have Teeth: Premier 15s Round 3

Nche fired up for rematch with Quins' Bok

These Sharks have Teeth: Premier 15s Round 3