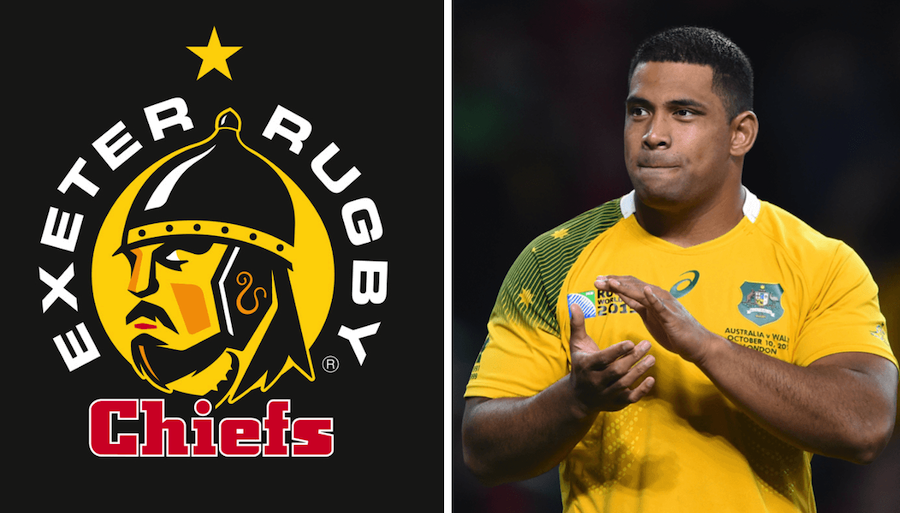 Exeter Chiefs have bolstered their front-row options ahead of the new 2022/23 season with the signing of experienced Australian international Scott Sio. The 30-year-old loosehead is Rob Baxter’s latest new addition, joining the club on a long-term deal from Super Rugby side, the Brumbies. After 11 seasons with the Brumbies, Sio – who has been capped 71 times by the Wallabies – says the ‘time is right’ for him to experience a new challenge and the Chiefs is just that opportunity as he readies himself for the demands of both England and European Rugby. “I’m super excited about the move,” he said. “It’s something new, something fresh and I’m really looking forward to the challenge. I’ve spoken to a few boys about the club and all of them have talked it up and said it’s a great place to go and play rugby. “Having been at the Brumbies for so long, it’s going to be a different challenge of course, but it’s one that I feel I need. I’ve played over in England and Europe before at Test level, but having that weekly challenge is going to be something new.” 𝘽𝙍𝙀𝘼𝙆𝙄𝙉𝙂 𝙉𝙀𝙒𝙎 @exeterchiefs are delighted to announce the signing of experienced @wallabies prop @scottysio on a long-term deal https://t.co/2TAXr3wkf1 pic.twitter.com/7yrP5kmeIW— Exeter Chiefs (@ExeterChiefs) August 17, 2022 Sio has watched from afar games in both the Gallagher Premiership and Heineken Champions Cup and admits at being somewhat envious at the games being played out. “It’s going to be good coming up against some of the best teams in Europe,” he added. “Watching the Champions Cup you can see it’s a pretty special competition and I know the Premiership is going to be just as tough. “It’s going to be physical and a lot is put on you as a forward, but that’s one of the things that attracted me to coming over. I wanted to test myself in a new team and a new environment.” EDITORS PICKS: Fine list at amateur rugby club makes hilarious readingRugby’s Ultimate Sh**house XV – Dirtiest Rugby PlayersTrim Manu Tuilagi looks in incredible shape ahead of new season Dean Richards first role since leaving Newcastle Falcons confirmedSaracens make shock swoop for former England and Harlequins star EXETER CHIEFS INCOMING SIGNINGS, PREMS ONLY ‘OUT’ PLAYER:. #1. Reuben van Heerden from Sharks Rob Baxter has moved to find replacements for Jonny Hill, Sam Skinner and Sean Lonsdale with the Devon side set to add 24-year-old lock early next week, according to The Rugby Paper. Exeter Chiefs have signed Iestyn Harris after Cardiff agreed to release him — BBC Sport Wales (@BBCSportWales) April 6, 2022 (new Image()).src = "https://capi.connatix.com/tr/si?token=39a45617-0311-4d11-9e8e-d6c71f1719fe&cid=293e6850-1d24-460f-b169-65f5a491fd3d"; cnxps.cmd.push(function () {cnxps({playerId: "39a45617-0311-4d11-9e8e-d6c71f1719fe"}).render("d10485df83ba4c7dbfaf454f1278775e");}); CONTINUES ON PAGE TWO The post BREAKING: Exeter Chiefs sign Wallabies legend appeared first on Ruck.