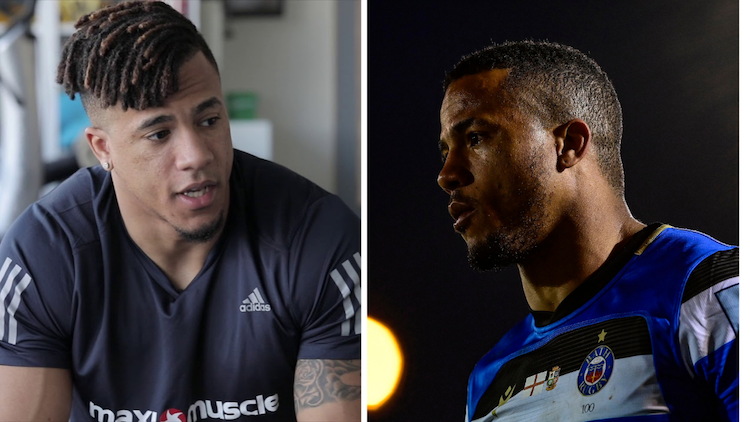 Leicester Tigers and England speedster Anthony Watson has revealed all about his ‘brutal’ departure from Bath following almost a decade at the club. The black, blue and whites withdrew a contract extension days before the 51-cap international was set to sign. “For it to be assumed you will be an international when it’s not a given – you might not even be picked [by England] for the autumn or the summer or a Six Nations – and then have to deal with potentially taking a reduced wage because of it, it seems like you are being punished for being good, in a sense, which is tough for a player to deal with,” revealed Watson in an exclusive interview with The Telegraph. “I understand from a business perspective but it doesn’t make it any easier from a players perspective. “They (Bath) said they were not going to be able to offer anything to keep me, “There seemed to be a lot of mixed messages as to why the decision was made, who made it etc. I ended up with a lot of resentment, if I’m honest, towards a lot of the leadership in the organisation. Welcome to Leicester, Anthony Watson. pic.twitter.com/2kITzJiG2g— Leicester Tigers (@LeicesterTigers) July 19, 2022 “I just felt that after all my time at the club, things should have been handled better.” He went onto send a direct message to Bath fans, saying: ““The last thing I want is for this to come across as sour grapes. It’s important for me to make clear, especially to the Bath fans, that this wasn’t a case of me jumping ship, that’s not how I roll at all. “I will miss the club and many of the people connected to it, but it’s not going to be burning me up. When July 1 comes, I’m a Leicester player.” And Bath’s loss will undoubtedly be Leicester’s gain.” Bath confirms EIGHT departures with stars leaving the club Bath have now confirmed that eight senior players will be departing the club at the end of the 2021/22 season. #1. Anthony Watson to Leicester Tigers Discussing the move to Tigers next season, Watson said: “The first word that comes to mind with Leicester Tigers is ‘tough’. It is a tough club, a tough group of people and to be a part of that kind of environment is the best thing for me. “I want to be successful, of course, but I also want to improve as a player and Tigers is an environment where I believe I will be able to become the best player I can possibly be while, most importantly, being a part and contributing to the team being the best it can be.” Jacques du Toit will join @ZebreRugby this summer.All the best, Jacques! — Bath Rugby (@BathRugby) May 18, 2022 #2. Max Clark to Dragons The Bridgend-born centre joined the Academy aged 13 and will return to Wales to join United Rugby Championship side Dragons ahead of the 2022/23 campaign.  Max Clark to leave Bath Rugby for the Dragons at end of the season https://t.co/SepQoW58Xm pic.twitter.com/0w7kbXuici— BathRugbyNews (@bathrugby_news) March 2, 2022 CONTINUES ON PAGE TWO The post ‘I didn’t jump ship’ – Anthony Watson reveals the real reason he was axed by Bath appeared first on Ruck.