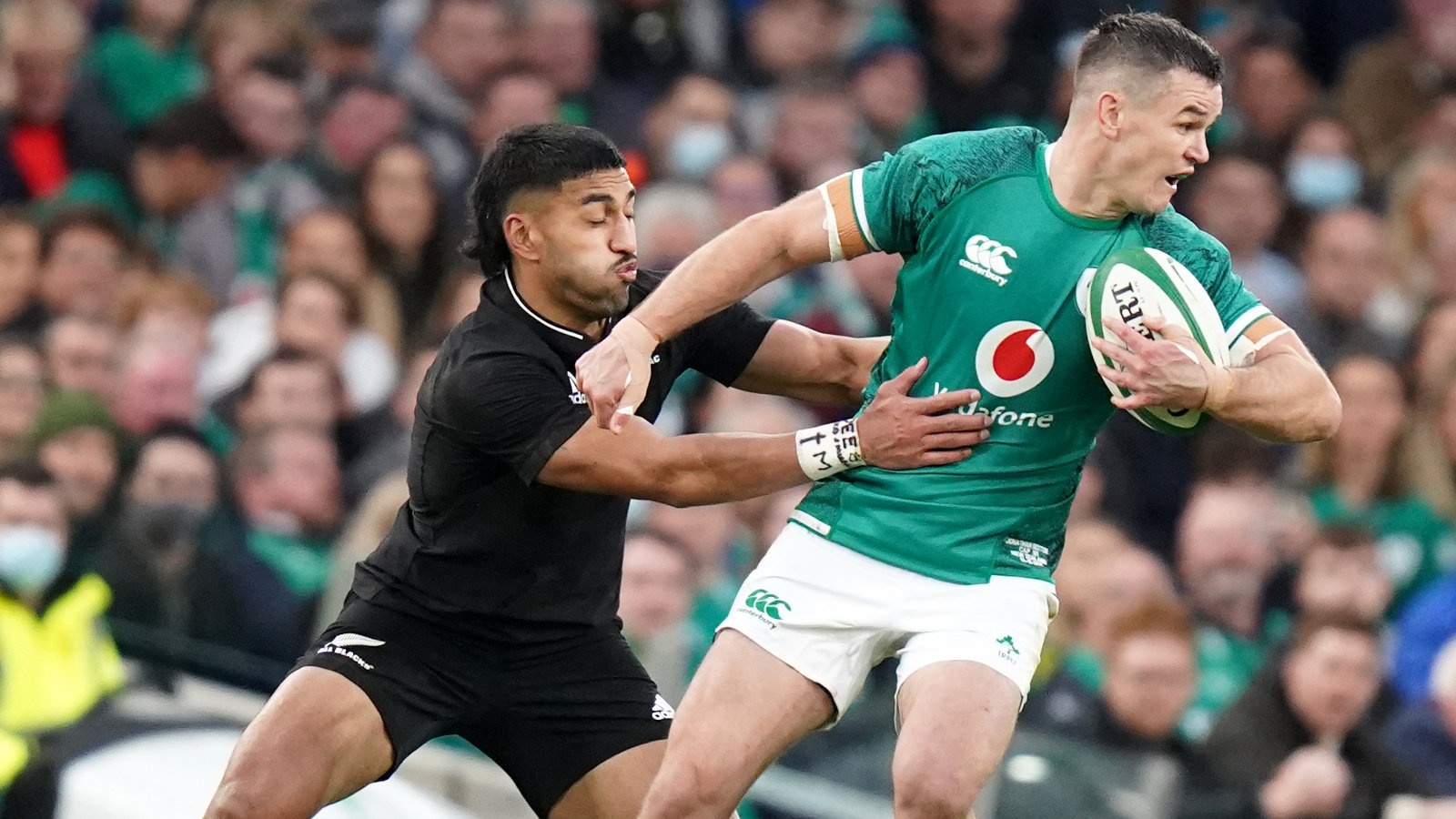 Following a 42-19 victory for New Zealand over Ireland in their July international, here’s our five takeaways from the match at Eden Park on Saturday. The Top line A game that started so brightly for expectant Ireland ended up in a cruel defeat as New Zealand ran out comfortable winners in a tense and at times brutal game around the breakdown. This was a salient lesson in rugby efficiency by New Zealand – a stark reminder that points matter so much more than possession and that All Black sides are masters of finishing half chances and turnovers. The breakdown battle was brutal – Sam Cane and Josh van der Flier had a memorable personal duel, but the superior speed of the Kiwi tight five over the ball to secure edged out the excellence and efforts of the Irish back-row. Playing tight margin rugby in the face of an All Black defence of this nature cost Ireland dearly – in slippery conditions, only complete accuracy is good enough and unfortunately, that wasn’t quite there on Saturday night. Tight battle Yet again, Ireland struggled in the tight battle, as they conceded a massive five kg per player in the scrummage. For all the manful work on the tighthead by Tadhg Furlong, Andrew Porter was completely unable to take his impressive gym stats into a serviceable test scrummage – time and time again he was split out from his hooker, leaving All Black tighthead Ofa Tu’ungafasi a clear hit onto the ribcage of Dan Sheehan, proving that at this level, technique is just as important as power. Whilst nothing fell apart in terms of penalties, the momentum this platform gave Aaron Smith and Beauden Barrett to move forward on the front foot with pace cannot be underestimated. The extra metre or two shunt allowed the New Zealand chasers surety of timing and commitment to chase or support and the dominance they exerted was a telling point in a match with some wonderfully creative tries. Fine margins Labour under no misapprehension, this was a match of the finest margins – but New Zealand won almost every one of those close moments, with their defence the absolute standout element of their play. From the Sevu Reece intercept to marginal penalties going their way, the All Blacks ability to close out those key plays time and time again define their consistency. Ireland’s shape and attack in the opening moments (and at many other points in the game) gave the home team enormous problems, but, frustrated by the brilliance of the Kiwi defence, they started to force things which led to turnovers, lost balls and intercepts. The simple fact is, against the All Blacks you have zero margin for error – a loose pass, an offside and they are capable of going the length and that cost Ireland time and time again, especially in the 10 minutes either side of half-time when their errors cost them a number of points. Irish attack One of the key things Ireland learned was they can break down this outstanding defence. Yes, they had a lot of ball in hand time and they spent a lot of time crashing into the line, but in those key phases, ball control and handling, combined with patience, is absolutely key to success. Ireland will think about their ball handing under severe defensive pressure and they’ll want to look at how they tried to force things when patience was the answer. That lack of control doesn’t cost you three or seven against New Zealand – it costs you 14-point margins and when you play a side of this quality, you will never win a match when playing catch-up rugby. Stand outs New Zealand’s much vaunted attack was absolutely subservient to their brilliance in defence. Rieko Ioane had a magnificent game at outside centre and possibly prevented two try-line carries on his own in the second half. Ardie Savea’s explosiveness from the base again was the sharpest of weapons for the All Blacks and in front of him, Sam Whitelock and Brodie Rettallick’s power in the breakdown won collision after collision and caused mayhem at ruck time. A word too, for the outstanding Aaron Smith – the old man of New Zealand still has a pass that most scrum-halves would kill for and his ability to throw pressure mis-passes in the red zones gives so much continuity to the All Blacks’ moves. For Ireland, both their flankers were outstanding – Van der Flier and Peter O’Mahony were magnificent in defeat, adding carry after carry to tackle after tackle. In fact, in terms of personal performance, they can be mightily proud, and all their learning next week should be that of retention, eliminating errors and creating accuracy in passing. READ MORE: July internationals: Clinical All Blacks power past Ireland in Auckland The post July internationals: Five takeaways from New Zealand v Ireland as All Blacks draw first blood at Eden Park appeared first on PlanetRugby.