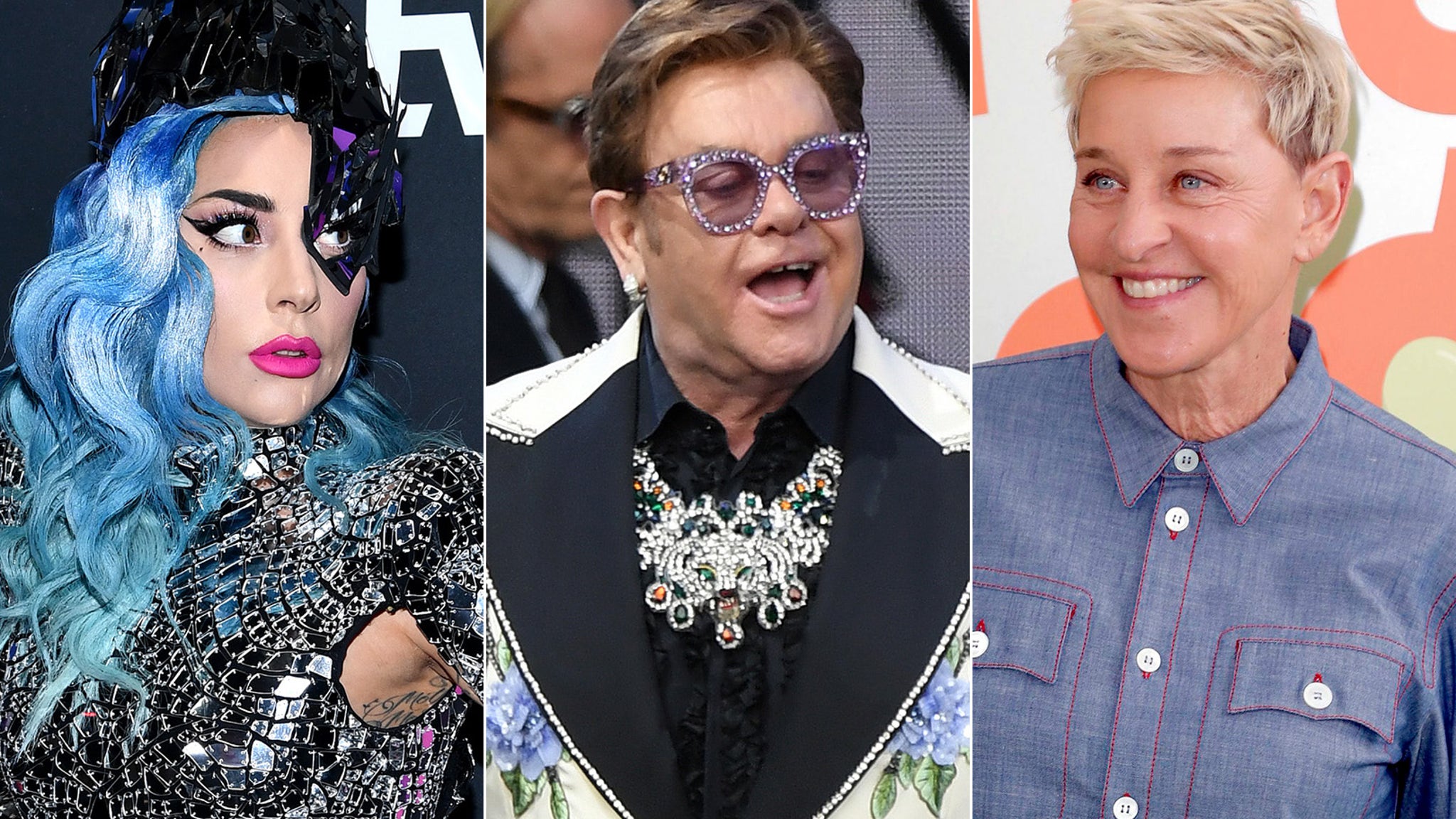 John hosts the iHeartRadio benefit event, airing Sunday on Fox and featuring performances by Alicia Keys, Mariah Carey, Sam Smith, Billie Eilish, Tim McGraw, Backstreet Boys and more! Elton John is still signing A-list talent for his benefit concert to aid in relief efforts during the ongoing coronavirus (COVID-19) pandemic even as it is scheduled to air tonight on Fox. According to a new report by People, the already star-studded event just gained even more star power with the inclusion of Lady Gaga, Melissa McCarthy and Ben Falcone, Ellen DeGeneres, and Ken Jeong. Matt Damon, Kate Winslet and More Contagion Stars Reunite For Coronavirus PSA All participating celebs will be contributing their portions of "Fox Presents the iHeart Living Room Concert for America" -- including musical performances -- from their respective homes as they all self-isolate amid social distancing recommendations and, in some cases, mandates across the nation and globe. Already slated to perform prior to today's additions are Mariah Carey, Alicia Keys, Backstreet Boys, Billie Eilish, Dave Grohl, Sam Smith, Camila Cabello, Tim McGraw, and Billie Joe Armstrong. They'll be joined by special announcements and tributes from Demi Lovato, Lizzo, Ciara and Russell Wilson. With proceeds going to both Feeding America and First Responder Children's Foundation, the one-hour special is going commercial free on Fox Sunday at 9 p.m. ET on Fox. For those fans without televisions, the event will also be available via the iHeartRadio app and stream on their various radio stations. Teen Whose Death May Be Tied to COVID-19 Was Denied Treatment for Not Having Health Insurance, Says Mayor As concerns about passing COVID-19 continue to circulate around the nation, those programs that have not shut down entirely have offered unexpected glimpses into celebrity homes as they've shifted -- like much of America -- to working from the comfort and safety and sometimes overwhelming distractions of home. Television fans have already gotten a glimpse of what this new dynamic of television looks like as many late-night and daytime talk shows have shifted to the at-home format. Jimmy Fallon has inadvertently made stars of his young daughters as they've stolen the show with every "at home" edition of "The Tonight Show," but he's not the only one pioneering this innovative new approach to television. He, and many of fellow late-night hosts, have welcomed guests from their homes and even presented musical performances played on home pianos and other equipment. It's a unique challenge and opportunity to really mix up traditional formats and this benefit concert looks to be no different. Lady Gaga's Father Slammed After Asking Public for $50K to Pay His Workers Amid Lockdown With everyone phoning it in -- literally -- this concert will look like nothing ever seen before on television. Performers will be bringing their music from whatever home studios they've got, possibly even with accompaniment from other home studios, while presenters and presumably even John himself will be hosting from their own safe places. It's a massive testament to how far technology has advanced that such an undertaking is even possible. And while the logistics of connecting all those people for a television special might seem daunting, it's probably not all that different than the virtual staff meetings many people have had to adapt to in recent weeks. Hopefully, though, it's a lot more entertaining. Got a story or a tip for us? Email TooFab editors at tips@toofab.com.