Loose Pass: Wasps’ woes, the Rugby Championship’s fascinating battle and a ruined surprise for those just waking up 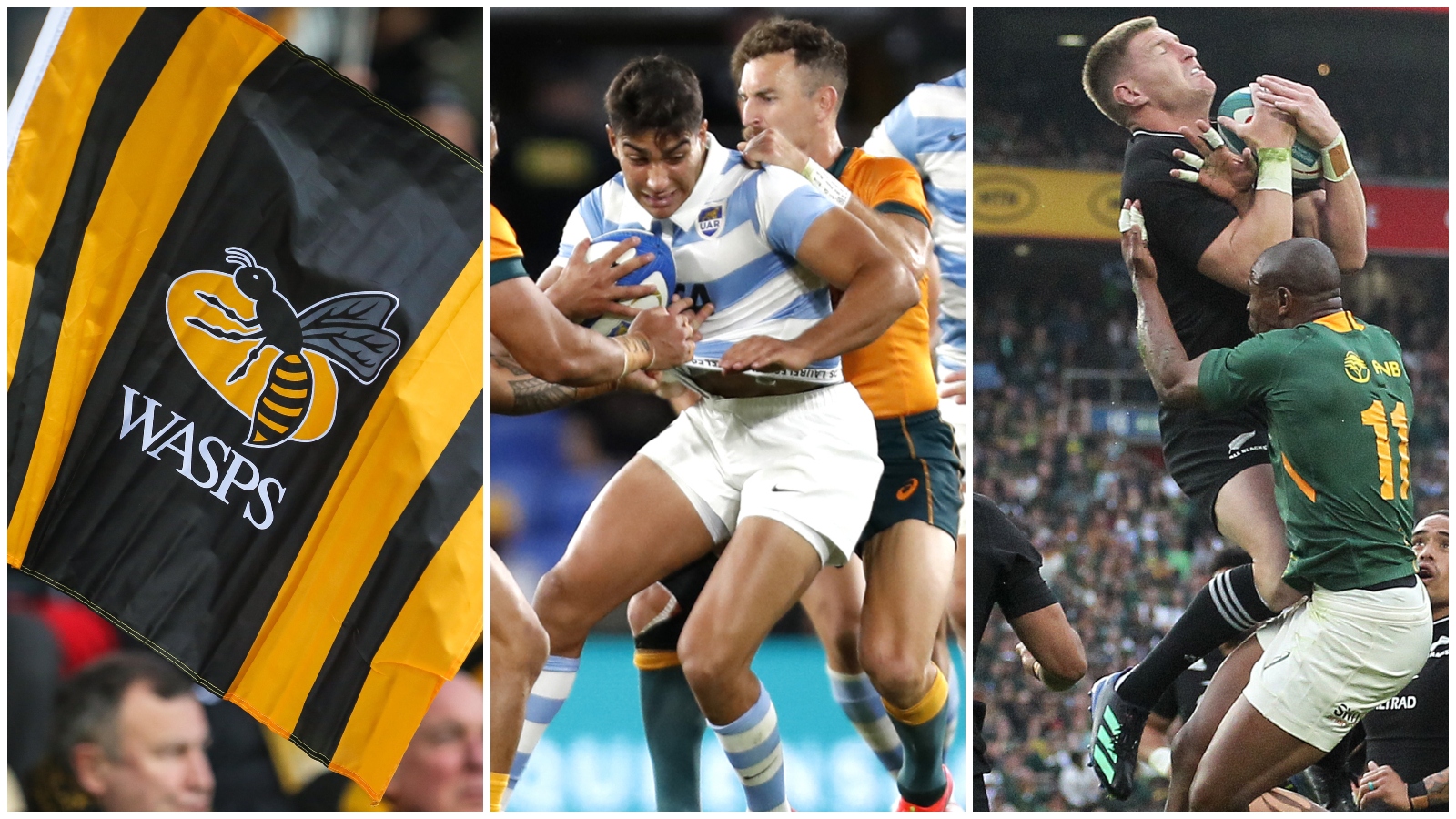 This week we will mostly be concerning ourselves with uncomfortable rumours in England, the fascinating battle between philosophical schools in the Rugby Championship and a mis-step among broadcasters…

What’s up at Wasps?

And just when we thought we might all get away with it too. It’s no secret that Covid shaved off any pretence of profitability among England’s Premiership clubs, no understatement to say that the lowering of the salary cap may save a couple of clubs from trying a Barcelona.

Tough times were had, yet it did look as though we might not get any casualties. But now Wasps, one of England’s grandest old names, are looking decidedly ragged. Unable to fulfil financial commitments, under likely legal pressure from their groundshare partners, short of squad depth and without the means to fill the roster, a lean season looms. If they make it that far.

Rumours – unsubstantiated and formally denied – continue to abound about the club going into administration, with a GBP 35m bond issue not being redeemed to investors in time and the club struggling to refinance it. It’s a heck of a lot of money, yet a year ago some creative financial work might have made it look less daunting. Certainly seven years ago, when the bond was issued, the world was a very different place economically. Now though, with base interest rates having risen 1.5 percentage points in the last nine months alone, it looks a far more intimidating liability when it comes to refinancing. Charity is in short supply right now and however grand an old name Wasps are, this is, unfortunately, not soccer.

The bond was issued to finance the purchase of the Coventry Arena, but the Arena business was hammered by the pandemic far more than the club itself, leaving the club as a whole much less valuable. Wasps recently applied for public support for the Arena business on the basis of the negative pandemic effects to the tune of GBP 13m, an application which already has many observers up in arms because of the likely use of the money to finance the team. The overriding impression is that if that public funding is refused, Wasps will not be able to redeem their bond and will be forced to asset-strip at best. At worst there may not be a professional sporting club any more.

That would not be unpleasant news for Wasps’ Arena tenants, Coventry City football club, who are livid about the state of the pitch after it was used for the Commonwealth Games Sevens and who were forced to postpone at least two home games and to move another. They are considering legal action and if you see pictures of the playing surface, it is difficult to see how they do not have a case for compensation, which would weigh still further on Wasps’ balance sheet.

There’s been a couple of statements from club administrative leadership on both subjects, but perhaps most disturbing is the disconnect from the fan base. Wasps do not have their communications positions filled – the current job advertisements are for day-to-day with expenses only – and a former employee has called the administration an ‘absolute bin fire’, saying: “Once the old guard of supporters are disengaged, and the new supporters that they’ve lumped all their hopes on don’t materialise, what then?” Many, many fans took to social media to agree, asking en masse for the silence to be broken and for some information.

Not all of the strife is necessarily Wasps’ administrators’ fault. The pandemic and the current economic imbalances were as unforeseeable as they were brutal. Yet the ongoing annual losses of so many Premiership clubs, the constant stretch of resource and the lack of pragmatism in business models were likely to claim a victim at some point, even in times of relative enlightenment post-London Welsh. They may not be in administration, but the future of Wasps looks bleak indeed.

Tables turned. And then turned again.

It’s set up to be as good a Rugby Championship as there has been. Argentina top after two games, New Zealand finding their mojo, the two best teams in the world for almost the entirety of the past decade bottom of the pile, Australia heading home after a record shellacking in San Juan.

But for those who prefer to eschew speculation over jobs and bickering about refereeing interpretations, this weekend was fascinating from a strategic point of view.

South Africa have had the measure of most teams for a good four years with a decidedly simple and effective strategy. Contest the kicks, defend with suffocating intent, let the scoreboard mount pressure on the opposition, be clinical when the chances come. New Zealand, although it is little-remarked upon that they also kick a lot, have been far more about using the skillset to attack and stretch from anywhere until the opposition can’t take any more. The two teams have been strategic barometers for most of the others; only recently have Ireland become perhaps a better yardstick for the ’New Zealand’ style than the All Blacks themselves, while Wales under Warren Gatland were for a long time a like-for-like match with the Boks.

Last week the Boks suffocated New Zealand. This week the All Blacks breathed, in an impressive finale in the rarefied air of Johannesburg. Both teams played, by and large to type.

Argentina let a lead slip against Australia last week playing with plenty of flamboyance and derring-do, but the switch this week to contestable kicks reaped its dividend. Australia, also generally purveyors of a more mobile and skilful game-plan, had not the faintest answer.

The Boks, on a rare occasion, failed to win with their kick and pressure game, yet a few short hours later, Argentina used it to take Australia apart. The strategic nuance during this Rugby Championship has been fascinating; the coming rest week will be a test of patience.

An octogenarian relative of Loose Pass had long since signalled his intent not to get up at 3am in Auckland to watch the game live but to spend the first hours of Saturday in glorious isolation watching the rerun as though it were live.

Poor chap managed to get up so early however, that he caught the tail end of the Argentina-Australia clash, which the commentator began to summarise by saying that with the All Blacks having won in Johannesburg earlier today…

Something for producers to consider? Rugby fans need sleep too…

The post Loose Pass: Wasps’ woes, the Rugby Championship’s fascinating battle and a ruined surprise for those just waking up appeared first on PlanetRugby.