Opinion: The pros and cons of backing Ian Foster as All Blacks head coach until the 2023 Rugby World Cup 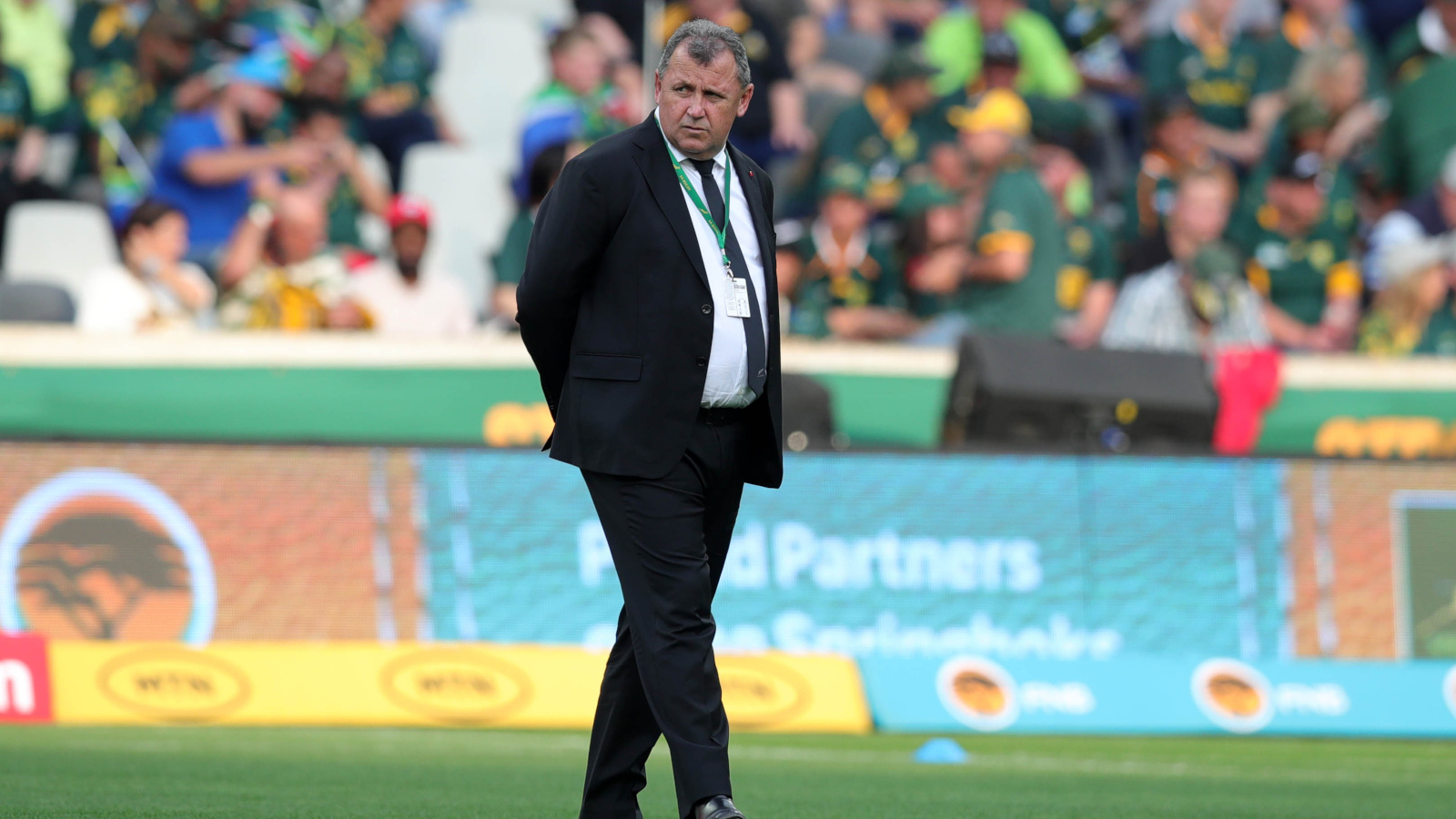 New Zealand Rugby (NZR) announced on Wednesday that they will back head coach Ian Foster to lead the All Blacks through to the 2023 Rugby World Cup.

Foster has been under tremendous pressure this year after a series loss to Ireland and a further defeat to South Africa, leaving the All Blacks in fifth spot in the world rankings at a point during the 2022 Test season.

With the head coach remaining in the hot-seat in New Zealand, Planet Rugby breaks down the pros and cons of keeping Foster at the helm.

Stability for the next year: Speculation around Foster’s role has been ongoing for almost over a month, and NZR did not provide any clarity around the coach’s job security despite having repeated opportunities to offer an update on the coaching situation. Now that the 57-year-old is confirmed to stay on, he and the squad can continue their Test season with the certainty that Foster will remain as coach. This is absolutely critical for a team heading into a Rugby World Cup year. There needs to be complete buy-in to the project from top to bottom, and the All Blacks will certainly be better off after being given clarity to their situation.

A decision supported by the players: The intense pressure thrown at the head coach was primarily from fans and New Zealand media, which ruthlessly attacked Foster and his methods seemingly constantly. However, it is clear the players have total faith in the coach, having backed him in the media throughout the tough patch. For example, Ardie Savea took to his social media to show his support of Foster after the All Blacks’ strong 35-23 win over the Springboks last weekend. It seems the ideal situation for the players, who will be eager to continue their Test season without a storm cloud overhead.

Upgraded coaching staff: NZR opted to change the coaching staff after losing the series to Ireland, which saw John Plumtree and Brad Mooar axed, with Jason Ryan from the Crusaders taking over the forwards coaching role. Ryan’s influence has been telling as the All Blacks have performed significantly better in the set-piece since his introduction. Their maul defence is another highlight of Ryan’s influence. Part of NZR’s statement backing Foster was announcing that Joe Schmidt will be joining the team as an attack coach. This was a massive boost as the former Ireland head coach underlined his skill set when filling in for Foster in the first Test against Ireland after the All Blacks coach contracted Covid-19.

No severance pay-out: Another twist in the saga was the NZ$2 million pay-out that NZR would be required to pay in the event the head coach was dismissed. Reports out of New Zealand suggested that the governing body would not dismiss Foster if they decided to change coaches but instead ask him to resign. That being said, NZR chief Mark Robinson and the rest of the board will be grateful that there was no need to pay-out Foster.

May lose Scott Robertson overseas: Without a doubt, the biggest con would be to lose talented Crusaders head coach Scott Robertson overseas. The tactician openly expressed his desire to move into the Test arena earlier this year after the initial disappointment of not being selected as All Blacks head coach in 2019. There was a hopeful expectation that Robertson may replace Foster at this stage, but that is ruled out. The 47-year-old is, without doubt, one of the best coaches in the world right now, and it would be nothing short of criminal to lose him to another country.

The inevitable backlash of keeping Foster in the situation: The circumstances were challenging for NZR, who were damned if they backed Foster and damned if they didn’t. Fans and media have already criticised the governing body over how they handled the saga, with many believing he is not the right coach to lead the All Blacks. However, even if NZR sacked Foster, the governing body would be criticised for a poor coaching selection. This way, though, their decision could still be vindicated.

One defeat, and Foster is back under pressure: Although the coach has received backing from the higher powers, it does not mean the ordeal is over. All Blacks fans and media in New Zealand expect a win from every Test match, which will not change. So whilst the pressure is momentarily off after a strong win at the weekend, all it takes is one poor performance for the hounds to be calling for Foster’s head again.

NZR’s Board has given their full support to Ian Foster and his coaching group, which now includes Joe Schmidt on a full time basis. pic.twitter.com/bLqKnCZkib

Stay of execution caused by fixture schedule: Foster benefits from a fairly relaxed schedule going forward. After the challenging South African tour, the All Blacks face a flying Los Pumas side twice at home, which could be an opportunity to gain further confidence before the Bledisloe Tests with Australia. Even looking ahead to November, Foster has a manageable schedule with games against Japan, Wales, Scotland and a challenging fixture against England. As a result, Foster has the chance to put together some momentum and gather a charge for the World Cup next year.

There are many moving parts behind the decision to back Foster, and only time will tell if it was the right decision to keep him on or whether it was the safest.

The post Opinion: The pros and cons of backing Ian Foster as All Blacks head coach until the 2023 Rugby World Cup appeared first on PlanetRugby.