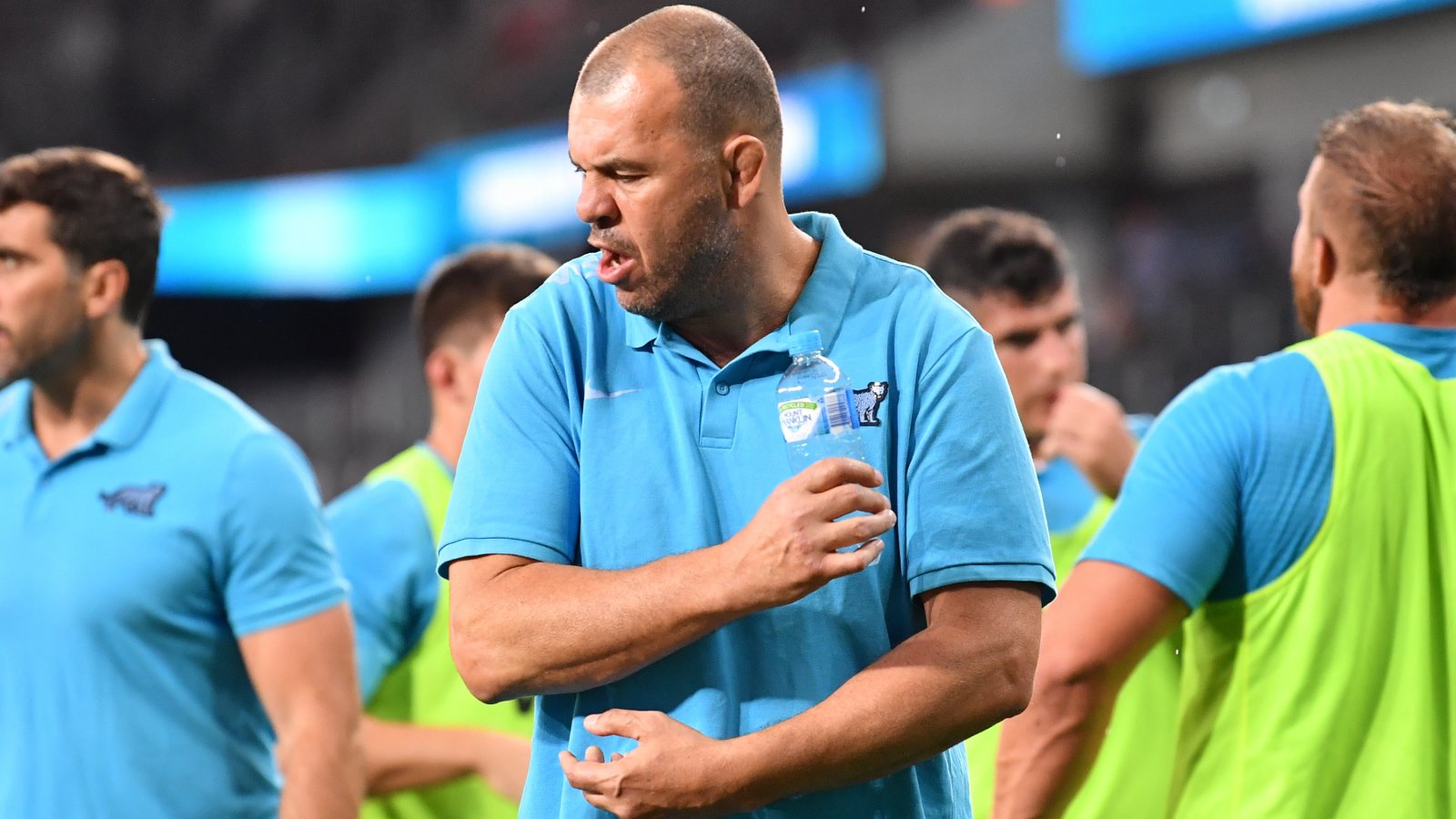 Los Pumas head coach Michael Cheika expects a tough forward battle when his team take on his former side, the Wallabies, in their Test in Mendoza on Saturday.

He has made six changes to his pack which sealed a 34-31 series deciding victory over Scotland in Santiago del Estero with captain and hooker Julian Montoya one of the players returning to Test duty.

Cheika believes the forward exchanges will prove crucial in the outcome of this encounter but is confident his charges will give a good account of themselves.

“We’re still only one month together as a coaching team and playing group,” he told AFP.

“We’re focusing on ourselves and the combinations we have within the team, communication, game plan, technique on the most important thing in this game: the scrum, maul, ruck. That’s very important for our team.”

Los Pumas have been perennial underachievers in the Rugby Championship and Cheika said he hopes to make them a more competitive side in 2022.

“The objective is very clear for us, it is putting the team in a situation where they can be competitive with all the big teams: top ranked teams, middle ranked teams and teams that are coming up because that’s what we will meet in the World Cup,” he revealed.

Argentina finished as wooden spoonists in last year’s tournament with zero points amassed from their six matches played with narrowest losing margin being a 15-point deficit in their 32-17 defeat to the Wallabies on the Gold Coast.

But they have already shown improvement under Cheika – as illustrated by the series victory over Scotland – and although they haven’t beaten Australia since 2018, Wallabies centre Len Ikitau has already seen a difference in Los Pumas’ play since the former Wallabies coach took charge of the South American side.

Expecting a different approach from Argentina

“Obviously last year we played them, we won both games but we know they are a different type of team (now),” he told reporters.

“We’ve watched some footage of them, the way they counter, they don’t really kick as much as they used to compared to recent years.

“We know they’re going to be dangerous from all over the park. For us it’s about fronting up in defense and staying switched on.”