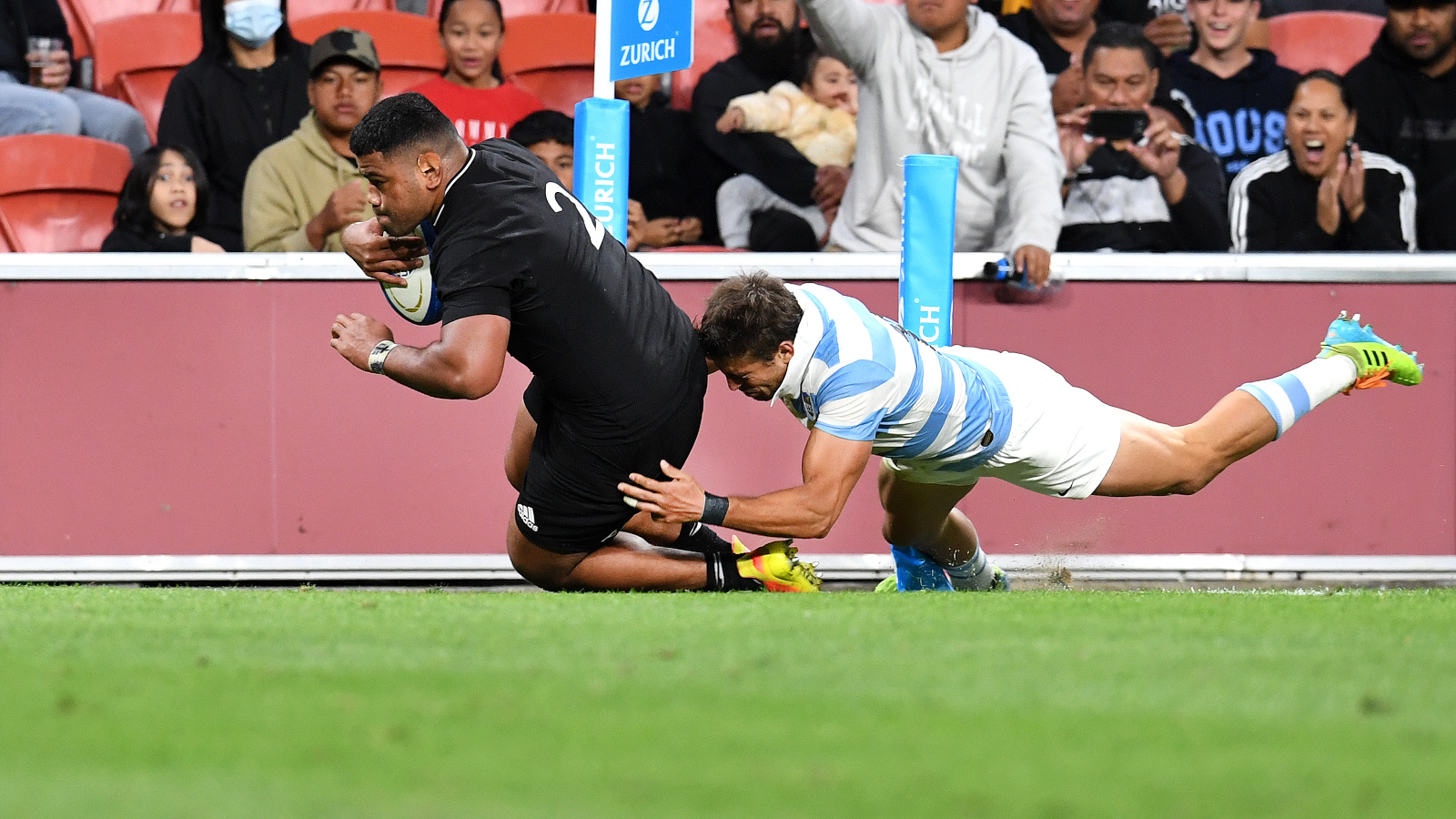 All Blacks hooker Samisoni Taukei’aho has been praised by former players after a solid two-Test tour of South Africa.

Physicality is required when facing up to the Springboks, and the hooker led the charge for the All Blacks showing his value and certainly taking hold of the number 2 jersey for New Zealand.

Former Blues and Leinster centre Isa Nacewa said on Sky Sports NZ’s The Breakdown that Taukei’aho deserves to start going forward as doing the job in one of the hardest places in the world to do it.

“In my eyes, he starts,” Nacewa said on the Breakdown.

“He’s been given an opportunity and stepped up in one of the harshest places on Earth to actually go.

“His ability to win the metre and get involved, he doesn’t shy away from any of the contact whatsoever.

“He hit the nuggets in the lineout, just repeat efforts, he gets off the ground and does more every single game.”

Meanwhile, former Ireland international Isaac Boss agreed that the All Blacks should be working around the hooker in the pack but insisted that there is still growing from the star to go through.

“I still think there is a lot of growth left in his game, he’s not the finished product. He needs a bit of consistency there,” he said.

“There is still an important role for those other hookers to play around him.

“I think he has come along and he is definitely the future in that No 2 shirt and he needs as much time as possible.

Former All Blacks star Mils Mulianina believes the form of Taukei’aho will force all the hookers in the squad to raise their level, including the experienced campaigners.

“So it’s great for him to get out there, he is the form hooker at the moment and it creates competition.

“Now guys like Codie Taylor have plateaued a little bit, and it happens in careers.

“All it will do now is those guys will lift.

“I like the point that you made Bossy, he’s not the finished product but he’s got an opportunity to continue to grow and push these other guys as well.”