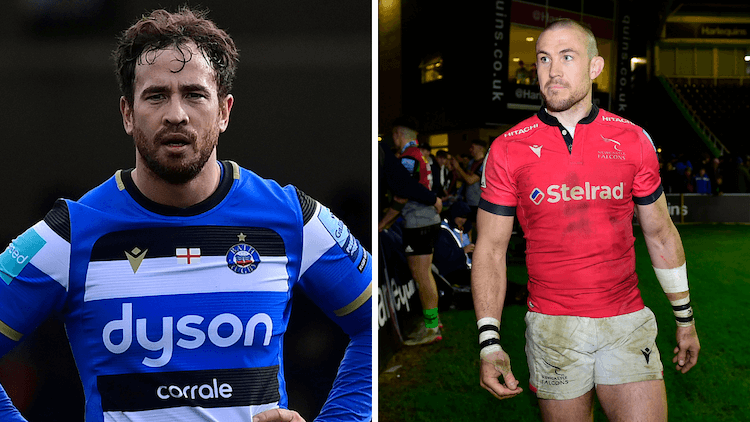 Pre-season for the new 2022/23 domestic season has begun – and we can’t wait for it all to start again. Clubs around Europe are now finalising their squads ahead of the big kick-off. However, clubs still have a few more weeks to make any additional signings. Most of the work should be done by now, but here are still several players available on a free transfer having left their previous club on a free transfer. We’ve identified 10 of the best free agents that are still on the lookout for a new club. Give it a week or two and we reckon most of these will have been snapped up… #1. Danny Cipriani Age: 34Position: Fly-halfLast club: BathHonours: England (16 caps) Danny Cipriani of Bath Rugby during the Gallagher Premiership Rugby Match between Bath Rugby and Bristol Bears at the Recreation Ground on 5 March 2022. Photo: Tom Sandberg/PPAUK #2. Jason Woodward Age: 32Position: FullbackLast club: GloucesterHonours: New Zealand U20 Try Celebrations for Jason Woodward of Gloucester Rugby during the Gallagher Premiership Rugby match between Gloucester Rugby and Wasps at Kingsholm Stadium on November 28, 2020 in Gloucester, England. (Photo by Tom Sandberg/PPAUK/Gallagher) #3. Taqele Naiyaravoro Age: 30Position: WingerLast club: Northampton SaintsHonours: Australia (2 caps), Barbarians (2 caps) CONTINUES ON PAGE TWO The post The 10 best players still available for free with the season closing in appeared first on Ruck.